You get what you pay for: wages and motivation in the school workforce 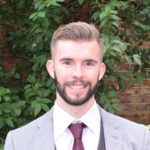 Joshua Fullard, Lecturer in Economics at the University of Essex, shares the findings of his data-driven research into teacher pay and student outcomes.

A consistent finding among labour economics is that higher wages often lead to individuals working harder, or more productively, in some quantifiable way. One of the most famous examples of this is when Henry Ford introduced the ‘five-dollar day’ at his Ford Motor Company in 1914, which, in the process of more than doubling wages, resulted in an increase in productivity of up to 70 per cent.

In my recent work, I add to this literature by investigating if higher salaries can be used to motivate teachers to work harder, or more productively, in any way that affects pupil test scores or enjoyment of learning. To do this, I used data from five waves of the Trends in International Mathematics and Science Study (TIMSS). The study is conducted by the International Association for the Evaluation of Educational Achievement (IEA) and provides international comparative assessments of student achievement in more than 60 countries. For the purposes of my research, I looked at the TIMSS data relating to year 5 and year 9 pupils in England.

To give an example, there are two forms of selection that would bias my estimates. The first is between school selection. Students from more affluent households, or higher ability students, could select into schools that put a greater emphasis on academic achievement. Such schools could also pay teachers higher salaries. This would produce an upward bias in my estimates. Conversely, we might have a situation where schools that have a higher proportion of students from less affluent backgrounds, or with lower academic ability, might have to pay higher salaries to attract teachers. This would produce a downward bias. As discussed in my work published last year, headteachers in the state funded sector in England have complete autonomy in setting teacher pay and pay progression, meaning that between school selection could bias my estimates if I used actual wages.

The second form of bias is within school selection. More able students might be separated into different classes and taught by more able/higher paid teachers. Conversely, we might have a situation where less able students are separated into different classes that are taught by more able/higher paid teachers. This issue is mostly applicable to secondary education in England, as most secondary schools tend to sort students into classes by ability. So again, this would produce either an upward or downward bias depending on which teachers are selected to teach which students/abilities.

Obtaining data on teachers’ actual wages was therefore not sufficient for exploring my research question, as the issues with between school and within school selection outlined above meant that actual pay may not have provided me with the causal effect of teachers’ wages on pupil performance.

To get round this, I opted to instead look at teachers’ predicted wages. Using the Labour Force Survey (LFS), accessed via the UK Data Service, I estimated how much money Iwould expect a teacher in England to earn based on their sex, age, and year in the LFS. I then assigned each teacher in TIMSS a predicted wage based on their sex, age and the year they are observed.

As teachers’ predicted wages are correlated with actual wages, but not the omitted variables that also influence pupil outcomes, I argue that the estimates are less likely to be affected by omitted variable bias (endogeneity) and can be interpreted as the causal effect of teachers’ wages on pupil performance and enjoyment of learning.

While using predicted wages can be useful for circumnavigating data limitations and endogeneity issues, researchers need to be mindful that, when using an estimated regressor, standard errors calculated in the usual way are biased. The additional sampling variance from using an estimated regressor needs to be considered when calculating the variance of the final parameter estimates – remember to bootstrap!

My results indicate that paying teachers higher (or lower) salaries will influence pupil outcomes through teacher motivation. As the government has frozen teachers’ pay (as of September 2021), my findings suggest that a pay freeze could worryingly reduce the effectiveness of current teaching and reinforce the negative effects from lost learning due to the pandemic.

The government has previously committed to increasing teachers’ starting salaries to £30,000 by 2022, with more experienced teachers getting a more modest increase. Due to the financial pressures caused by the pandemic, this increase has been pushed back to September 2023.

As my research also indicates that concerns about equity and fairness influence teacher motivations and, though it, pupil outcomes, giving less experienced teachers a larger pay rise could adversely affect the outcomes of students taught by more experienced teachers. Therefore, policymakers should consider a more equitable pay rise that doesn’t risk alienating a large proportion of the school workforce.

Joshua Fullard is a lecturer in the Department of Economics at the University of Essex. His research agenda focuses on understanding the determinants of choice behaviour with a special interest in the economics of education and experimental methods. His work has gained national and international media coverage in a range of publications including: the Times, Telegraph, Guardian, Economist, Daily Mail and China Daily. Joshua received his PhD from the Institute for Social and Economic Research (ISER) and has previously worked as a senior research at the Education Policy Institute and as a visiting research fellow at the ifo Institute in Munich.

Featured image by NeONBRAND on Unsplash