The Lancet Countdown is a unique research collaboration between 24 international academic institutions and inter-governmental organisations. It monitors progress on the relationships between health and climate change, and their implications for national governments. The Lancet Countdown reports annually, making recommendations for activity to mitigate climate change.

The 2015 Lancet Commission on Health and Climate Change—which assessed responses to climate change with a view to ensuring the highest attainable standards of health for populations worldwide—concluded that “tackling climate change could be the greatest global health opportunity of the 21st century”. The Commission recommended that more accurate national quantification of the health co-benefits and economic impacts of mitigation decisions was essential in promoting a low-carbon transition.

Steve Pye, Principal Research Associate at the Bartlett School of Environment, Energy and Resources, UCL and colleagues, Dr Nick Watts, UCL Institute for Global Health, Executive Director of the Lancet Countdown and Dr Ian Hamilton, Reader in Energy Epidemiology, Bartlett School of Environment, Energy and Resources are part of the Wellcome Trust funded team which tracks 41 indicators across five key domains across health and climate change. The Lancet Countdown is focused on better communicating the opportunities available in responding to climate change for health. The Wellcome Trust is a strategic partner with the Lancet for the Lancet Countdown, providing financial and technical support for its work. 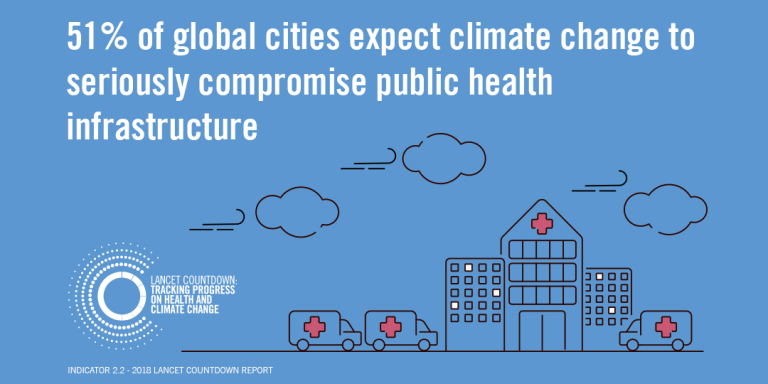