Change… to new ways of working

We’ve asked our #DataImpactFellows to write a post on the theme of ‘change’.

Stuart Campbell reflects on the challenges and opportunities that the current crisis presents for the ways we work.

I keep thinking of this 2017 paper on commuting and ‘forced experimentation’.

The authors examine the effect of tube strikes on people’s commutes to work in London. They show that when strikes forced commuters to take different routes to work, many people stuck with these new routes after the strikes were finished. That is, being forced to try a different way of doing things in the short-term, people found better ways to do things in the long run. We know that commuting time affects people’s wellbeing, so such forced experimentation in routes has the potential to do some good.

The authors also show that the persistent effect of the strikes on people’s commutes was more powerful in areas of London where the tube map is more geographically distorted. These distortions make some routes appear to be shorter or longer on the map than they are on the ground. This suggests that many of the people who found better routes to work had likely been misled by the design of the tube map, and only found a quicker or more efficient route once they had been forced to try out new ways themselves. 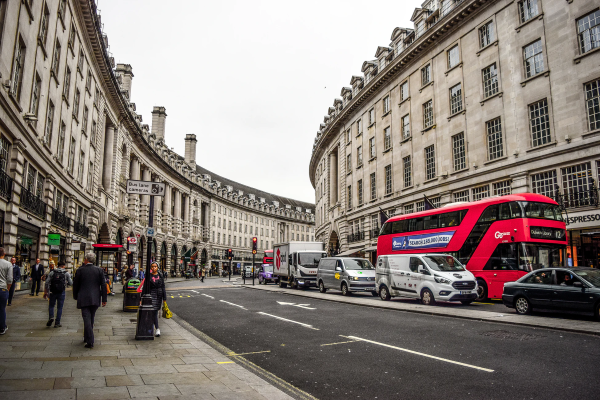 These results may be informative for people who commute on the tube in London, but they also speak to a bigger idea – that in a world where we don’t have time or energy to find out the best way to do everything, being forced to try different approaches might help us make better choices in the long run.

This is why I have been thinking about the paper again more recently.

These ideas about forced experimentation seem relevant now in a time when many people’s ways of living and working have been required to change so dramatically.

Parts of research work are easier to do from home than other types of job, at least in theory, and at least for researchers who work from desks rather than in laboratories. However, the process of shifting to home working has not been equally smooth for all researchers, and has been a particular challenge for those with school-aged children. There are some signs that due to unequal distribution of caring responsibilities between men and women, women’s research work has been more negatively affected than men’s.

The cancellation or postponement of face-to-face events will also affect research possibilities, given the collaborations and new ideas that can emerge from conferences and workshops, and the chance encounters associated with such events. We know from recent evidence that the cancellation of a single major conference can affect the visibility and impact of research for years.

However, all this forced experimentation with living and working may help us to find better ways of doing some things in the long run.

Many face-to-face elements of research life have moved online. While there are undoubtedly some positive aspects of face-to-face events which are difficult to replicate online – such as walking into an exciting conference presentation by accident, or meeting a new research collaborator at a poster presentation – there are also many potential benefits associated with online events.

There are fewer barriers to attendance in terms of time, travel costs or (in most cases) cost of admission to online conferences or seminars, compared to their face-to-face counterparts. There is the potential to see a much wider variety of research. And in cases where presentations are recorded, it is also possible to watch them at a time which is more convenient. This could be crucial for the participation of people whose working hours are shaped by caring responsibilities.

Many are too overwhelmed with new tasks to benefit from these changes now, but in the long run having more events online and having broader participation of researchers in social media may be beneficial to all.

Lots of people would have recognised in theory that some changed aspects of research work could potentially be beneficial in the future, but sometimes it is difficult to know how useful different ways of working can be without trying them out yourself.

I hope these experiments with new ways of working in research will open up this career to more people and improve the practice of research work over time.

Stuart Campbell is one of our #DataImpactFellows for 2019.

Stuart previously worked as a Research Associate in Economics at the University of Sheffield and fulfilled a shorter research contract as a Research Assistant at the Institute for Fiscal Studies. He is a fellow of the Global Labor Organization.