Agnes Norris Keiller from the Institute for Fiscal Studies examines how the pay and living standards of low-wage employees have changed since the National Living Wage was introduced. She finds that while low-paid employees have seen strong growth in their earnings from employment, improvements in their average living standards have been much more modest. She also highlights that poverty among low-paid employees has fallen because of stronger income growth for those who live in lower-income households.

The introduction of the National Living Wage in April 2016 meant a sharp increase in the minimum wage for employees aged 25+ from £6.70 to £7.20.

This increase has boosted the hourly wages of employees previously paid below £7.20, provided they remain in employment. It may also have benefited some on higher wages too as employers increases their wages to maintain a differential between those on the lowest wages and those earning slightly more.

But the impact on the household incomes of the lowest-paid employees is less clear than the impact on their wages. This is because household incomes, a measure of people’s living standards, are influenced by a range of additional factors such as the amount of taxes paid on their earnings, the benefits and other income sources they receive and the incomes of other people in their household.

In recently published research, we examined how the hourly wages, weekly earnings and living standards of low-wage employees changed in the years after the introduction of the National Living Wage.

Although this is not the same as the direct impact of the policy (as we do not know how wages or living standards would have grown had the National Living Wage not been introduced), this work shows to what extent the wage growth that occurred alongside the National Living Wage’s introduction has led to increases in employees’ living standards and which factors have magnified or muted this impact.

The analysis was based on data from two main UK household surveys. The first is the Family Resources Survey, a survey of around 20,000 households a year, which contains detailed information on different sources of household incomes. We used household income variables derived from the Family Resources Survey by the UK government’s Department for Work & Pensions (DWP). These measures of incomes underlie the DWP’s annual statistics on the distribution of income, known as ‘Households Below Average Income‘.

Our analysis finds that the introduction of the National Living Wage was followed by strong pay growth for the lowest-paid fifth of employees of 6% between 2015‒16 and 2016‒17 (after adjusting for inflation). But there was little change in their average living standards as measured by their net household incomes, which only grew by 0.4% over the same period.

However, the modest 0.4% growth in the average living standards of low-paid employees masks differences between those with higher- and lower- household incomes.

By contrast, low-wage employees in households with below-average income enjoyed modest (2%) growth in their living standards. This led to a 2 percentage point fall in absolute income poverty among low-paid employees in 2016–17.

These results suggest that if policymakers wish to lift the incomes of low-paid employees who live in low-income households, then a higher minimum wage might be an effective strategy, as long as they do not set the minimum wage so high as to substantially lower the employment rate of these people.

However, it also highlights that the minimum wage is not particularly well targeted at those with low incomes, as many low-wage employees are members of middle- or high-income households. Finally it reiterates that the link between someone’s hourly wage and their household income can be mediated by a number of factors, in particular the pay of other people they live with.

It will therefore be interesting to see how the living standards of low-paid employees change over the coming years as the National Living Wage continues to increase from the current £7.83 rate to reach its 2020 target rate of £8.57 (according to latest estimates). 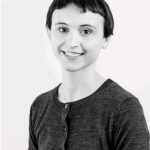