How does early menopause and menopause symptoms affect women’s careers? 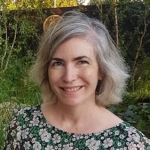 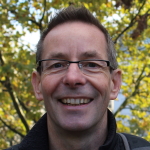 To mark International Women’s Day 2022 here on the Data Impact blog, Alice Sullivan and Alex Bryson introduce their research into the effects of menopause on women’s careers.

Women entering the menopause are often at the peak of their careers, and disruption in their working lives affects their promotion prospects, salaries and pension pots. The negative consequences for individual women also matter for the economy as a whole.

The subject of menopause and the workplace is finally getting attention from policymakers, as the Women and Equalities Select Committee have opened an inquiry on the topic and published a report on their findings.

Despite increased recognition of the needs of those suffering debilitating symptoms, there is little research into the employment and career consequences of menopause for women.

Indeed, the issue is still taboo in some quarters, leading Financial Times journalist Janina Conboye to argue that “in most workplaces it remains an uncomfortable topic“.  Some maintain that the menopause results in millions of days lost through absenteeism. It also appears that, when faced with employers’ lack of understanding and poorly developed policies and practices to assist women facing menopausal issues, many women choose to leave employment rather than tackle their employers on the issue.

Nevertheless, in a recent systematic review of the literature Brewis et al. (2017: 67) conclude: “there is no work in the evidence base that estimates the cost of the menopause transition for women’s economic participation in the UK”.

Our recent paper (Bryson et al., 2022) fills this knowledge gap. We use the National Child Development Study (NCDS) to identity the effect of early menopause and menopausal symptoms on the amount of time women spend in employment and full-time employment through to age 55.

NCDS is a longitudinal birth cohort study following the lives of everyone born in Britain in a particular week in 1958. It is a uniquely powerful resource for understanding the generation now entering their sixth decade. Researchers can download the data from the UK Data Service.

What did we do in our study?

We exploit prospective birth cohort data for all women born in a particular week in 1958 to estimate the causal effects of menopause on employment rates using a difference-in-difference strategy.

This technique compares the gap in employment rates during their 20s and early 30s with the employment gap in their 50s for women who went onto experience early menopause versus those who did not.  We make similar comparisons between women according to the intensity with which they experienced menopausal symptoms when aged 50.  In doing so we control for a rich array of variables collected at birth, in childhood, and in early adulthood which can affect employment prospects and experiences of menopause.

Information on menstrual periods was collected at age 44/45, 50 and 55 in the NCDS. Natural menopause was defined as at least 12 consecutive months of amenorrhea not induced by surgery or other medical treatment. If this occurred before age 45 we classified women as having gone through early menopause.  Five percent of our sample were classified as having been through early menopause.

At age 50 women were asked whether they had experienced symptoms associated with menopause in the previous 12 months and, if so, how much each symptom bothered them.  Of 22 symptoms women reported an average of 7.5, and 1.6 ‘bothersome’ symptoms.

We obtain time in employment and time in full-time employment from work histories collected at survey interviews.  We derive cohort members’ main employment activity each year for the 35 years from age 20 to age 55.

Our estimation sample is 3,405 women who had not received hormone replacement therapy or undergone surgery to remove the womb or ovaries, and excludes those with missing data, including those with substantial missing work history data.

Early onset of menopause (before age 45) reduces months spent in employment by 9 percentage points once women enter their 50s compared with women who do not experience early menopause.

This is equivalent to a loss of around 4 months’ employment among women in their early 50s. Early menopause is not associated with a difference in full-time employment rates.

With women facing an average of 1.6 bothersome symptoms this translates into 1.5 months’ lost employment among women in their early 50s.

Our calculations suggest that a conservative estimate of the cost of early menopause for a woman is £20k, while the cost of suffering an average level of menopause symptoms is £10k. These are ballpark base-line estimates.

These negative employment effects of early menopause and menopausal symptoms are cause for some concern, not only because the size of the effects is large, but also because so many women suffer these problems.  The mean number of menopausal symptoms experienced by women in this birth cohort when aged 50 was 8, including 2 particularly ‘bothersome’ symptoms.  Five percent of women in the sample had experienced early menopause.

Having identified the size and extent of the problem government and employers should consider steps that could be taken to ameliorate the problems women face in their working lives due to the menopause.

We are grateful to the 1958 study members for generously giving their time over many years. We thank the Health Foundation (grant no. 546608) for funding and participants at the Centre for Longitudinal Studies seminar for comments on an earlier version of this paper. We thank the Economic and Social Research Council for access to the data.

Alice Sullivan is Professor of Sociology and Head of Research at the UCL Social Research Institute.

Alex Bryson is Professor of Quantitative Social Science at UCL’s Social Research Institute, and a Research Fellow at the National Institute of Economic and Social Research, the IZA Institute of Labor Economics and WISERD. He is Chief Editor of Industrial Relations: A Journal of Economy and Society and an editor of the Journal of Participation and Employee Ownership.