How can we calculate levels of deprivation or poverty in the UK? (part 2) 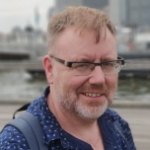 What is the difference between poverty and deprivation? How can they be measured and understood? How can data help policymakers find ways to reduce their effect on the lives of people in the UK, especially given the effects of the Covid-19 pandemic? In his previous post, Neil Dymond-Green examined measures for deprivation. In this post, he turns his attention to measuring poverty.

Deprivation as a concept has its limitations, both in terms of comparability over time and it only being a relative measure.

Poverty is another concept for understanding people’s situations.

The UN, in 1995, adopted two definitions for poverty.

a condition characterised by severe deprivation of basic human needs, including food, safe drinking water, sanitation facilities, health, shelter, education and information. It depends not only on income but also on access to services.

lack of income and productive resources to ensure sustainable livelihoods; hunger and malnutrition; ill health; limited or lack of access to education and other basic services; increased morbidity and mortality from illness; homelessness and inadequate housing; unsafe environments and social discrimination and exclusion. It is also characterised by lack of participation in decision making and in civil, social and cultural life. It occurs in all countries: as mass poverty in many developing countries, pockets of poverty amid wealth in developed countries, loss of livelihoods as a result of economic recession, sudden poverty as a result of disaster or conflict, the poverty of low-wage workers, and the utter destitution of people who fall outside family support systems, social institutions and safety nets.

In addition, researchers use the term relative poverty:

Individuals receiving income a certain level (e.g. 50%) below the median income of the general population.

There is no official measure of poverty in the UK, although Households Below Average Income data measures “equivalised disposable income that falls below 60% of the national median.”

The Office for National Statistics produces analysis of persistent poverty, defined as “experiencing relative low income both in the current year and at least two out of the three preceding years.” The ONS analysis includes comparison with other countries. 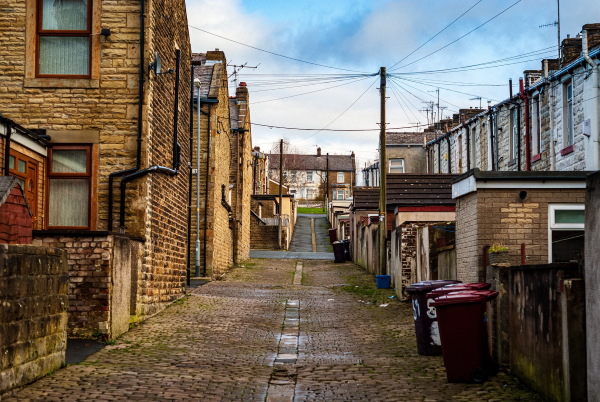 There are moves to develop a fuller understanding of poverty in the UK, including the London Poverty Profile and the Social Metrics Commission.

Much of the data used to compile the profile can be accessed from the UK Data Service: Annual Population Survey, Annual Survey of Hours and Earnings, Family Resources Survey, Households Below Average Income, Labour Force Survey, Wealth and Assets Survey, UK Census (data from 1971 through to 2011).

The London Poverty Profile was only released early this year, so it may take some time before we can see the impact of this extensive analysis of poverty in the UK’s capital.

The Social Metrics Commission is an independent commission set up in 2016 to build a new consensus around poverty measurement.

In 2018 the Commission launched its new approach to measuring poverty. As well as looking at income, the new metric accounts for the positive impact of people’s liquid assets on alleviating immediate poverty but also the range of inescapable costs that reduce people’s spending power.

In addition to reporting on the number of families in poverty, the Commission’s approach also provides measures of the depth and persistence of poverty. The Commission’s measure includes  a range of Lived Experience Indicators that capture issues such as

In the spirit of transparency and reproducibility, and to encourage these measures to be built on, the Commission has released the code it used to produce the poverty indicators.

Since launching its new poverty metric, the Commission has received widespread support from commentators and politicians from across the political spectrum.

Most significantly, in May 2019 the Government announced it would be developing experimental measures of poverty based on the Commission’s approach.

Poverty and deprivation are complex areas to explore and understand, but they are issues that shape the everyday lives of many people in the UK and, in the current pandemic conditions, may come to affect many more.

Consequently, it’s important that researchers and policymakers have the highest quality data to hand to support their understanding of the lived experiences of people in poverty as well as the underlying structural and personal issues.

The better quality the data and understanding of the issues, the better equipped policymakers will be to develop strategies for reducing the blight of poverty.

Neil Dymond-Green has been the Impact Manager for the UK Data Service since 2018 and is currently seconded to the role of Service Director for Data Impact.

deprivation poverty poverty measure
See other posts in this category