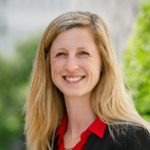 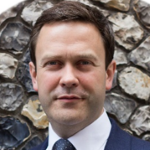 Emily Harris and Matthew Oakley from the Social Metrics Commission’s Secretariat introduce the release of the code underlying the Commission’s new poverty measure.

What is the Social Metrics Commission?

The Social Metrics Commission was set up in 2016 as an independent commission to build a new consensus around poverty measurement.

Measuring poverty is essential if we are to take decisive action to tackle it. However, in the UK there has been much disagreement over how poverty should be measured and currently there is no agreed UK Government measure of poverty. Led by the CEO of the Legatum Institute, Baroness Stroud, the Commission’s membership draws on a group of top UK poverty thinkers from different political and professional backgrounds.

In 2018 the Commission launched its new approach to measuring poverty. As well as looking at income, the new metric accounts for the positive impact of people’s liquid assets on alleviating immediate poverty but also the range of inescapable costs that reduce people’s spending power.

In addition to reporting on the number of families in poverty, the Commission’s approach also provides measures of the depth and persistence of poverty, as well as including a range of Lived Experience Indicators that capture issues such as mental and physical health, employment, isolation, and community engagement.

Since launching its new poverty metric, the Commission has received widespread support from commentators and politicians from across the political spectrum. Most significantly, in May 2019 the Government announced it would be developing experimental measures of poverty based on the Commission’s approach.

What has the Commission produced?

The Commission’s measure of poverty goes beyond conventional metrics that look only at incomes by also accounting for the positive impact of people’s liquid assets (such as savings, stocks, and shares) on alleviating immediate poverty and the range of inescapable costs that reduce people’s spending power. These inescapable costs include rent or mortgage payments, childcare, and the extra costs of disability.

As well as reporting on the number of families in poverty, our approach also seeks to understand more about the nature of that poverty and families’ experiences. It provides measures of the depth and persistence of poverty, as well as including a range of Lived Experience Indicators that capture issues such as mental and physical health, employment, isolation, and community engagement.

By taking all of these things into account, we believe the new metric reflects more accurately the realities and experiences of those living in poverty than previous measures. If taken up as an agreed measure, it would allow the Government to take meaningful steps to reduce poverty and improve outcomes for those who do experience it and to track the success of these policies.

Ultimately, we would like to see the Government (including the Department for Work and Pensions, HM Treasury, and other departments), Office for National Statistics, policy makers, and those researching and working with those in poverty adopting the Commission’s measure of poverty.

To this end, we are doing all we can to support organisations to understand and use the metric in their own work. One of the ways we have done this is by making available the STATA code that underpins the creation of the poverty measure. The code is free to use and can be easily downloaded, along with detailed user guides, from the Commission’s website.

The code is set up to recreate the Commission’s measure, drawing on data from Understanding Society, Family Resources Survey (FRS), and Households Below Average Income (HBAI). Analysts and researchers can run the code and replicate our analysis. But we also hope they will go further, extending our analysis and producing new insights based on the metric.

We believe the Commission’s measure of poverty reflects more accurately the realities and experiences of those living in poverty than previous measures. The analysis we provide in our reports is only the start of what can be discovered about poverty using this new approach. We are excited to see what additional insights others can find using our code and applying the measure in their work.

How can you use the Commission’s work?

The code underlying the Commission’s measure of poverty, along with detailed user guides, can be easily downloaded from our website. It is written in a series of STATA do files and draws on data from the Family Resources Survey (FRS), Households Below Average Income (HBAI), and Understanding Society.

Once the folder for the code is downloaded, users will see that it is arranged in two separate collections of do files according to the data source being used. The first set of code draws on Family Resources Survey (FRS) and related Households Below Average Income (HBAI) data to operationalise the Commission’s core measure of poverty, measures of depth, and selected Lived Experience Indicators. The second set of code draws on Understanding Society data to operationalise the Commission’s measure of persistent poverty and the remaining Lived Experience Indicators.

Within each folder there are a series of individual do files that are coordinated by one master Command File. When you run the Command file it will execute each individual do file, successively building the measure and then producing final results. These results are stored in an Excel spreadsheet that is automatically produced when running the code.

There are also a number of modification options that users can explore in the Command file. You can specify, for example, the name of the data cut you are running so that files are named accordingly, and you can set which years of analysis or which country within the UK the measurement should apply.

Our hope is that analysts and researchers will download our code and use it to replicate our analysis, but will also extend it to further analyse UK poverty based on the Commission’s approach. We look forward to seeing what additional insights others can discover by using our code and building on our analysis.

Matthew Oakley is the Head of Secretariat for the Social Metrics Commission and Director of WPI Economics, an economics and public policy consultancy. He is a respected economist and expert on welfare reform and the future of the welfare state.

Before founding WPI Economics Matthew had been Chief Economist and Head of Financial Services Policy at the consumer champion Which?, Head of Economics and Social Policy at the think tank Policy Exchange and an Economic Advisor at the Treasury. He has an MSc in Economics from University College London, where he specialised in microeconomics, labour markets, public policy and econometrics.

Emily Harris is a Senior Analyst for the Social Metrics Commission and is based at the Legatum Institute. She most recently worked in the Social Policy Section at the Commonwealth Secretariat.