Older and…? The challenges of accessing demographic statistics within the ageing population 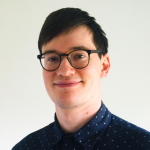 Tom Wilson from Independent Age discusses the ‘data accessibility gap’ in the representation of sub-groups of older people and introduces the In Focus: Experiences of older age in England report.

Early on in our research project In Focus: experiences of older age in England, I was chatting to our commissioned research partner about the problems we were having finding any information about sub-groups of older people, for example older carers, older Black, Asian, other ethnic minority groups, and older people with mental health conditions.

It seemed there was a ‘data gap’ in these areas.

He quickly corrected me: often the data is often ‘there’ in the sense that it is in the dataset, freely available on the UK Data Service.

However, it doesn’t get published ‘officially’ on (for example) the ONS website or in the DWP’s StatXplore. This means charities can’t access it without some statistical knowledge/expertise/software, creating an unintentional but unfortunate barrier.

This encapsulates one of the biggest challenges for data consumers. If published statistics on a sub-group are not available, and you do not have the expertise to explore the datasets directly (or the money to commission someone to do so), the data might as well not exist.

In these cases it is a gap between producer and consumer, not a gap in the data, but the effects of it are just the same.

The scale and impact of the ‘data accessibility gap’

As part of our In Focus project, academics at City University conducted a mapping exercise of published official and national statistics across three different themes:

We asked them to examine how a variety of sub-groups of older people, including some of the examples above, were represented.

They found that the overall coverage of these groups in published statistics was quite poor, particularly older Black, Asian and other ethnic minority groups, older carers, and older people without children. These groups were often present in the data itself (usually large longitudinal datasets) but not featured in the published statistics.

The effects of this are very serious, particularly in the charity sector.

Increasingly, local authorities and central government rely on charities to fund and conduct research and analysis of existing datasets on the groups they represent. The lack of accessible data on lesser heard groups compounds the existing problems of data gaps (see Dr Dharmi Kapadia’s excellent blog post for a good example). It can lead to negative cycles of decision making, where the needs of groups are not considered due to unavailability of statistics, and the statistics are never produced because the groups are not considered. Indeed, some in the sector worry that ‘lesser heard’ is becoming code for ‘easily ignored’.

What can be done to bridge this gap?

I don’t believe the problems are insurmountable, but it is clear that we need to call for some new approaches.

A key change needed is being clearer about what data represents.

If data is being collected about older people (exactly where you draw the line on who is ‘older’ is up for debate), we need to move away from treating them as one heterogeneous whole and recognise that there are many different intersectional groups within this larger group. Before the data can be accurately collected on such sub-groups, there needs to be a process of identifying and defining these sub-categories so that the metadata clearly demarcates what the data tells us.

I’m not saying this is without its own problems – it isn’t always easy to completely define the characteristics of people within a group and there may end up being edge cases which are hard to define. But if the effort isn’t put in to undertaking this identification and definitional process, then people, their identity and their needs will continue not to be adequately represented.

This data then needs to be published and made easily available (subject to any restrictions needed to maintain the privacy and identifiability of individuals). A clear path to promoting access to this data (including through provision of adequate skills and expertise) will then be required to ensure the data is used in a way which benefits society. This is one element of the proposals of the UK National Data Strategy.

Part of that easy availability is simply making it easier for users to generate tables based on their own data needs. I’ve been quite impressed with the DWP’s StatXplore tool which has improved a lot in the last few years. Similarly, Public Health England and NHS Digital have been working hard to create comprehensive and accessible tools to access key data on health and social care.

Some of the responsibility could lie with data users as well in alerting data producers to where gaps (both of data and accessibility) are, especially where we don’t have the resources to produce the data ourselves.

Ideally, one centralised approach could be created to alert data collectors to these gaps, for example a semi-regular consultation, or discreet proactive initiatives from data producers. For example, we’ve been encouraged by ONS’s recent efforts to work with data users in a discursive informal way to plot out which datasets we use the most, and where the gaps are. 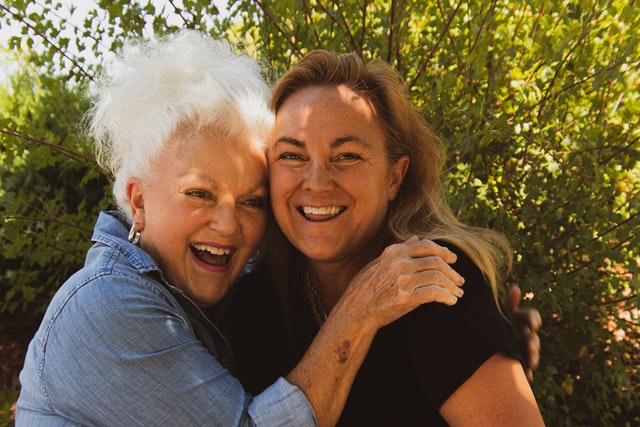 Photo by LOGAN WEAVER on Unsplash

We partnered with Humankind Research to conduct in-depth interviews with 45 older people, focusing especially on health and care, financial security and social connectedness.

We also commissioned City, University of London to review the representation of people aged over 65 in national statistics. This was complemented by in-depth analysis of the Understanding Society survey, which gave insight into the groups we focused on and gave comparisons across the life-course.

While we considered using the English Longitudinal Study of Ageing (ELSA) for this work, Understanding Society gave us the opportunity to compare sub-groups of older people with each other and with younger age groups which would not have been possible with ELSA.

The findings of this work showed that sub-groups of older people, such as LGBT+ older people, Black, Asian and other minority ethnic older people, or older people with mental health conditions were discussed very little within the wider context of the homogenised broader age groups.

Through our qualitative research we were keen to showcase the voices of these sub-groups which are often missing, not only from the data, but also from the mainstream portrayal and discussion of ageing.

Our findings were grouped into six main themes:

These findings have fed directly into developing six tests that we will apply to policies and programmes:

Cutting across all of these, we ask ‘are older people defining what success looks like and how it is measured?‘.

The research led to the publication of our In Focus: Experiences of older age in England report.

In Focus has informed much of our work, including underpinning reports, briefings and policy consultation responses to government, NHS and others. The sheer amount of data we were able to obtain in a curated form allows us to produce very tailored statistics that are uniquely from Independent Age.

Our 2020 mental health report Minds that Matter builds on the work of In Focus, exploring the experiences of people in later life with anxiety and depression. Having already-commissioned data available to underpin the report, we able to use our resources more effectively to hone in on more specific mental-health related data rather than starting from scratch.

We plan to build on In Focus by next exploring the financial security angle, looking at the key drivers of pensioner poverty, and how these vary across sub-groups.

Independent Age has gained vastly from our experiences of both commissioning research partners and adopting a co-production element to some of our work, and we will continue to build on both to support our work to improve people’s lives.

Independent Age and the UK Data Service have collaborated to create this case study.

In Focus: Experiences of older age in England

Thomas Wilson is a Senior Policy Officer at the older people’s charity Independent Age, working on issues related to poverty in later life.

mental health
See other posts in this category