Why fathers? A reflection on my academic and data journey 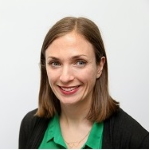 Helen Norman shares her data and research journey in investigating the role of fathers in family work.

I have always been interested in gender, particularly doing research that addresses gender inequalities across work and family life. This is because of the profound impact that gender has on our lives, shaping opportunities and pathways in multiple and discriminatory ways. Little did I know where this interest would take me.

My interest in gender inequalities gave me the impetus to pursue a research focused MSc at the University of Manchester in 2004. When choosing my dissertation topic, a review of the literature revealed a lack of research – particularly quantitative research – on men and fathers and their involvement in family work with most studies in this area defaulting to women. Yet I felt that men had an equally important role to play in the pursuit of gender equality.

This literature gap steered me to do my dissertation comparing the influences on fathers’ childcare involvement in the UK and Sweden using the European Social Survey. My supervisor was Colette Fagan – a Professor of Sociology (and a world-leading expert in gender relations and inequalities to boot!) However, I was still a data analysis novice so I sought some additional support during the final stages of my project from my then social statistics lecturer – Professor Mark Elliot – who had taught me about the wonders of correlations and linear regressions as part of my mandatory MSc quantitative methods training.

The combination of Mark’s statistical expertise and Colette’s theoretical and empirical knowledge seemed to make a fitting supervisory team!

Under their supervision, I applied for funding from the ESRC to do a PhD exploring what influences fathers’ involvement in childcare and housework using longitudinal data from the UK’s Millennium Cohort Study (MCS) – a dataset recommended to me by colleagues at the Equality and Human Rights Commission where I worked for short period as a research assistant.  My PhD application was successful. I was awarded ESRC funding with an advanced quantitative stipend to undergo further training in secondary data analysis and herein my academic journey began.

After completing my PhD in 2011, and publishing papers as a Research Associate working with Colette, I won a second grant from the 2016 ESRC’s Secondary Data Analysis Initiative to develop my doctoral research using the MCS.

My project explored the longitudinal trajectories of paternal childcare involvement, and I was the Principal Investigator – supported by Colette Fagan and Mark Elliot as the project Co-Investigators – in partnership with the charity Working Families. The topic was a key interest for Working Families following the introduction of Shared Parental Leave in 2015, which provided a signal, from the Government, that both fathers and mothers had an important role to play in the care of their children. 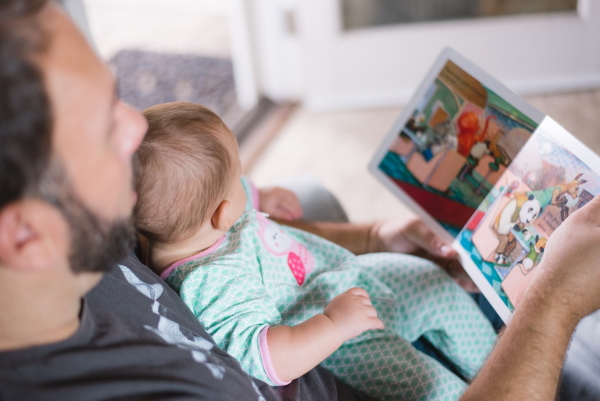 Our analysis revealed some fascinating and policy-relevant findings.

For example, in our research leading to our 2016 ESRC award we found that fathers were more likely to become and remain involved in caring for their children as they grow older if they were involved in childcare during the first year of parenthood. We also found that both mothers’ and fathers’ employment hours affected fathers’ childcare involvement during the first three years of parenthood but in some cases, the mothers’ employment hours had a stronger effect on paternal care.

For more details, read Which Fathers Are Involved in Caring for Pre-school Age Children in the United Kingdom? A Longitudinal Analysis of the Influence of Work Hours in Employment on Shared Childcare Arrangements in Couple Households, published in 2016 as a chapter in Balancing Work and Family in a Changing Society.

These findings were presented to various organisations such as the Equality and Human Rights Commission in Manchester, the Royal Bank of Scotland and Lloyds Banking Group with Fathers Network Scotland.

My big break came when I was invited to present to an audience that included shadow government minsters and policy makers at a policy seminar hosted by Working Families in Westminster.

It felt like such an achievement to share a stage with Working Families and the Resolution Foundation in order to present my findings to an audience that included the then Minister for Small Business, Consumers and Corporate Responsibility (Margot James), the then Co-Chair All Party Parliamentary Group on Women and Work and member of the Women and Equalities Committee (WEC) (Flick Drummond) and representatives from organisations such as the Trades Union Congress, the Resolution Foundation and the CBI.

Following the policy seminar, we submitted evidence to the 2017-18 Women and Equalities Committee (WEC) Fathers and the Workplace Inquiry. Our evidence was published and cited in WEC’s recommendations to government.

I was then invited to join an advisory board for the Department for Business and Industrial Strategy to provide steer on subject-specific (e.g. maternity and paternity rights, parental leave and pay) and methodological issues to help inform their evaluation of Shared Parental Leave. At this point, it really felt like the work I was doing was important.

Following the 2017-18 WEC inquiry, in June 2019, the then Prime Minister Theresa May announced a consultation about increasing paternity leave entitlements to give fathers more time to spend with their newborns. Several turbulent social and economic shifts later (e.g. a General Election, Brexit and a global pandemic), which has delayed progress in this area, fathers are finally being recognised as integral to gender equality in work and care.

We have not reached gender equity in work and family roles so there is more work to do. Women are still taking up the bulk of unpaid care and domestic work.

This arrangement is perpetuated by a persistent gender pay gap that pushes the lower earner of the household (i.e. usually the woman in two opposite-sex parent households) to reduce her paid work, plus prevalent attitudes that posit children suffer if the mother works before they start school (as discussed in a 2017 blog post for Working Families:  What should mums and dads do? Changes in attitudes towards parenting).

The economic impacts of Covid-19 have also exacerbated this traditional care arrangement as women have been more exposed to the risk of redundancy and low pay because of their precarious position on the labour market.

There are further challenges ahead.

Brexit is forecast to have a damaging effect on gender equality as we will no longer be governed by the framework of EU employment strategies and directives in relation to childcare targets, equal treatment of men and women, gender mainstreaming, maternity and parental leave (as explored by Fagan and Rubery). This makes exploring what enables and hinders fathers (and mothers) paid and unpaid work more important to continue than ever.

I look forward to continuing research in this area and wonder where it will take me next.

Read Helen’s case study: Which fathers are involved in looking after their children? Identifying the conditions associated with paternal involvement

Prior to that, she worked at the University of Manchester as a Research fellow (2017-20) and Research Associate (2011-16) in Sociology after she completed her ESRC-funded PhD in Social Statistics in 2011. Helen was awarded funding from the ESRC’s Secondary Data Analysis Initiative in 2016 to develop her doctoral research exploring fathers’ childcare involvement using longitudinal data from the Millennium Cohort Study. She also advises the European Commission on gender equality policy as a member of its Expert Network on Employment and Gender Equality.