Who does and should receive value from data flows? A philosophical perspective 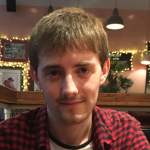 I met Stuart at #OpenDataManchester’s workshop on creating a Declaration for Responsible and Intelligent Data Practice back in September. The workshop had as its focus an aim for organisations and communities who use or are affected by data to come together to “create a shared vision of what best practice in data should look like, to underpin the development of new insight, and future products and services.” 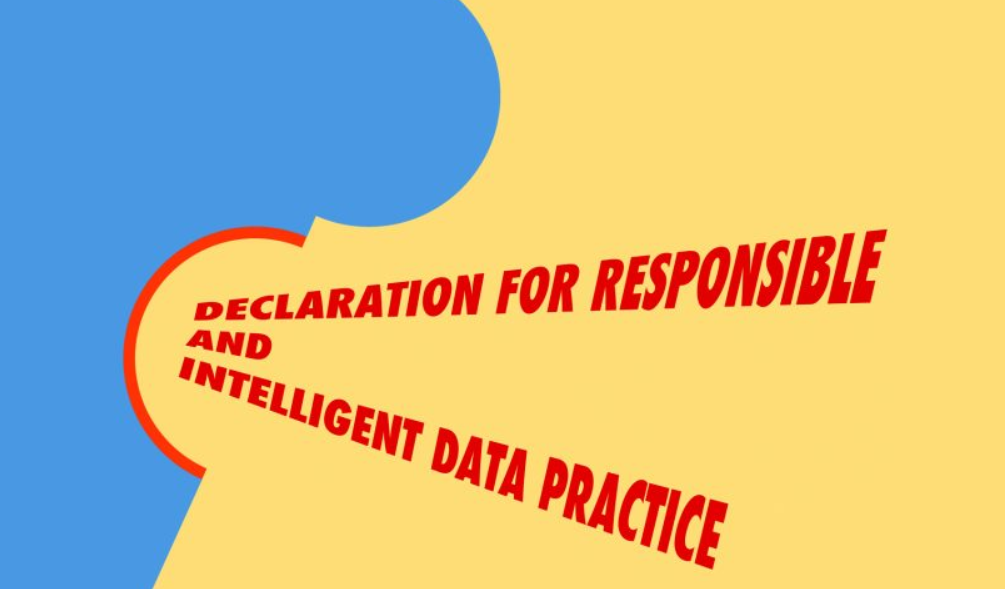 Stuart’s input to the workshop on data policy theory was thought provoking, we’re delighted he’s agreed to write a series of posts for us, here’s the first – introducing his research:

In 2016, the academic Nick Srnicek published Platform Capitalism. In this book, they argue that a unique type of firm exists in the digital economy – the platform – which sits as an intermediary between agents, controlling the flow of data. The platform is something we’re all familiar with: social media sites such as Facebook and Twitter are platforms, as are search and shopping sites such as Google and Amazon, respectively. But a platform is not necessarily just a website; computerised personal assistants such as Siri or Alexa are also platforms, as are fitness trackers such as FitBit.

With the platform as a starting point, we can begin to appreciate quite how vast and pervasive the digital economy is. This realisation has also come with much popular anxiety. From the #DeleteFacebook campaign following the Cambridge Analytica data scandal to Facebook’s own CEO Mark Zuckerberg calling for greater platform regulation (provided Facebook has a seat at the table…), the disruptive nature of the digital economy is producing push-back.

For example, two candidates for the Democratic nomination for US president have placed what might be called ‘digital economic’ policies at the heart of their campaigns. U.S. senator Elizabeth Warren has been most forceful in her plan to break up the large tech companies, while entrepreneur Andrew Yang is championing a series of new digital rights. Both policies are worthy of discussion, and insofar as they extend the Overton window (the range of ideas the public is willing to consider and accept) on these issues, should be welcomed.

Evaluating policy prompts and responses such as these is at the core of digital political economy. Digital political economy largely compares classical political economy ideas such as monopolies, labour, capital and production, with our contemporary arrangements, to determine where elements are the same, and where elements depart. For example, the idea of the platform is a digital political economy idea, emerging by considering how the nature of advertising and work have changed. Likewise, we can critique a policy such as breaking up big tech by comparing the robber barons with today’s Silicon Valley giants to ask whether these similarities hold, or whether new phenomena such as network effects (whereby increased numbers of people or participants improve the value of a good or service) demand an adjustment to our thoughts and policies. 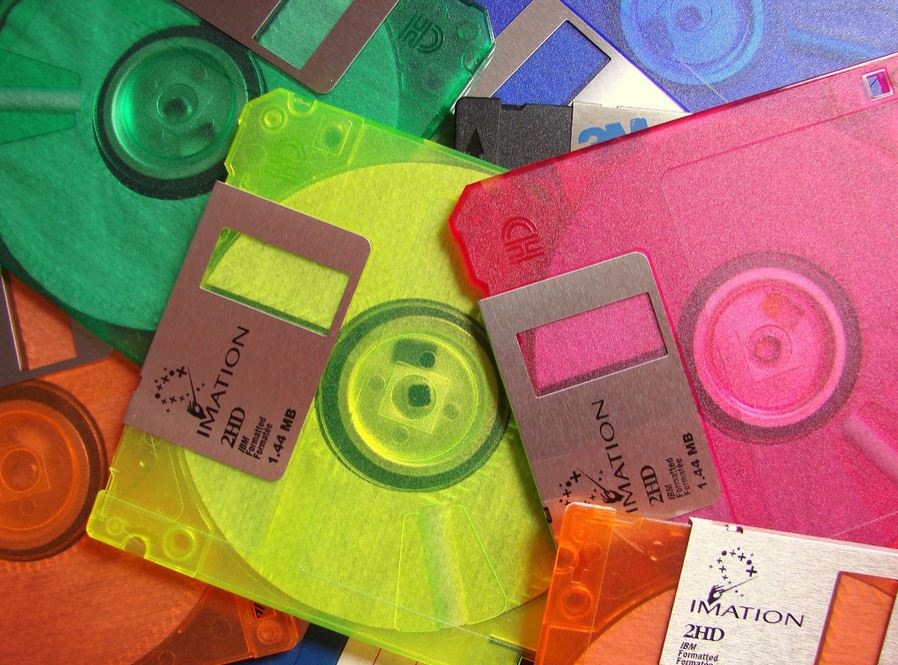 Digital political economy is thus a balancing act between technical materiality of data and the digital world, and political economic realities of the economy and the social world.

In this series, a uniting theme is going to be balancing the societal transformations we can see as a result of digital technology and data with the political economy which persists within that same society.

The Plan for this Series

The platform is a strong starting point in any discussion of digital political economy. But it is not the starting point; it is not fundamental. Rather, the platform – and much else in digital political economy – is a by-product of data and the datafication of the world. In this series, I will start with data and build from there. Specifically, I’m going to begin with a seemingly simple question: what are data?

I’m going to think about data from quite a philosophical perspective. Do data always exist, and are simply waiting to be discovered? Or are data something we create, and if so, are there any limits on creation? Is it fair to compare data to oil or money, and can neutral data exist, this is an oxymoronic idea? Should we think about natural data and social data differently, and just what exactly is information!?  I don’t believe there are firm answers to any of these questions (though I do believe there is a ‘folk’ understanding of data which governs much of the digital economy), but by exploring some of the ideas which emerge from asking them, I hope to demonstrate the importance of a philosophical theory of data within digital political economy.

I’m then going to explore the political theories of data. A political theory of data establishes how data relates to agents (such as those who collect data, those who use data, and those whom data describe) and allows for a political economy critique of who does and should receive value from data flows. I’m going to explore some of these theories, before examining the material facts on the table given that we live in a platformed, digitised and maybe even cyberpunk world. I’ll then consider how can the digital economy and the data flows which underpin it can be rearranged, leading into a discussion of data ownership models such as data trusts and data commons. 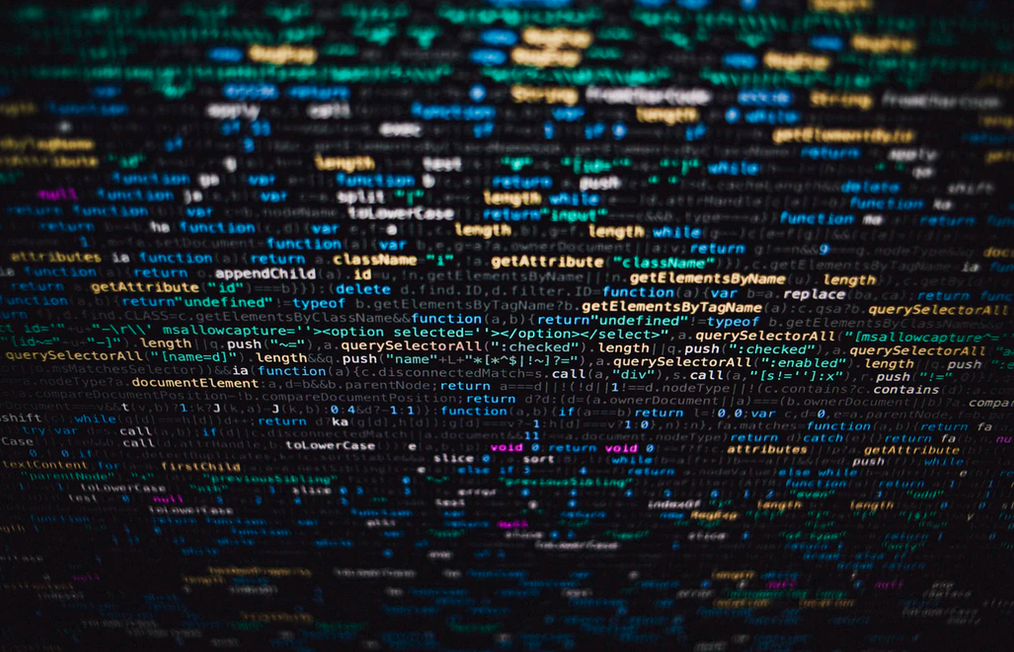 Next, I’m going to do some digital political economy by analysing some of emerging digital economic ideas, which include – but are not limited to – new digital rights, anti-trust legislation, open data strategies, self-regulation and network effects. Sometimes I may play Devil’s advocate, and sometimes I may be rather critical, yet the purpose of this discussion will not be to convince or convey my own opinion, but to demonstrate the new challenges raised by the digital economy and faced by legislators and policymakers.

This raises the question of how did we get here? I’m going to approach this question from a multitude of angles, returning to the political theory of data as an individual resource, the techno-libertarian ideology which Silicon Valley historian Margaret O’Mara argues is at the heart of big tech, and the influence economic growth regimes such as the knowledge economy have on the shape of future, potentially automated, digital economies.

I then plan to switch tack slightly and offer a discussion of new cryptocurrencies such as Facebook’s Libra from a platform perspective. Cryptocurrency has garnered quite a solo reputation, but the forces which govern the development of the industry (political, economic, technological, philosophical) seem worthy of an analysis through the lens of digital political economy. This discussion will also touch on ideas of the gig economy, the changing role of the state, and the emerging dreams of what might be called mana capitalism.

Why Does Digital Political Economy Matter?

Technology (or maybe just platform capitalism) seems to be advancing at a rapid rate. One only needs to watch Mark Zuckerberg’s testimony to the U.S. Congress, or observe the Cambridge Analytica scandal, to get a sense that the limits of technology are far beyond the limits of institutions which (we hope) keep them in check. This produces one major and one minor point of note.

The minor point is that, over the course of several months, the ground on which this series will be built may have shift dramatically. Political candidates such as Andrew Yang or Elizabeth Warren may drop out of races, initiatives such as Libra may find itself struggling, or overnight successes might shake up Silicon Valley. As such, it seems wise to respect this pace and these unknowns and build in wiggle room. This is to say, topics might change!

The major point of note is one that returns to the fine balance. It is too easy to linger in past political economy analyses while the shifting digital landscape operates with disruptive force. Seeing platforms as the same agents of production in a different guise leads to shortcomings in imagination and response. For example, in their book The People’s Republic of Walmart, Leigh Philips and Michael Rozworski note that scale and technology is turning the modern corporation into an economic entity comparable to a planned, national economy, something many have previously argued isn’t possible. Clearly, the digitisation of the economy is challenging economic rationale.

But equally, it’s too easy to say this is wholly a technological story. Technology is changing the employment landscape, the entertainment landscape, and allowing hashtags to redefine national and international agendas. But when the fuel for this digital revolution – data – is a product of those impacted by these changes, the digitisation of the economy cannot be said to be a process which exists in isolation. Evgeny Morozov’s The Net Delusion, for example, discusses how dictators have commandeered the internet and transformed it as a tool to support the status quo. Morozov’s warning is clear: we should not imagine the digital form as being separate from the societal substance. Digital political economy is an attempt to heed to this warning.