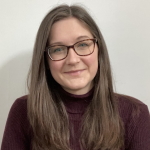 In our new online video, we present the early findings from our research project, Ethnic Inequalities in Later Life, funded by the Nuffield Foundation.

The video explains how older people from minoritised ethnic groups have much poorer health outcomes compared with the white majority group. It lays the groundwork for our ongoing analyses, as we use social survey data to investigate the mechanisms behind the inequalities observed in the population.

We hope that this video will start a broader conversation amongst policymakers, practitioners, and the general public about the impact of disadvantage, marginalisation, and racism and discrimination over the life course, and how this translates into poorer health outcomes for older ethnic minority people.

Rationale for our research

We know that ethnic inequalities in health exist in the early and mid-life course for people in the UK. We also know that these inequalities have been underlined and exacerbated by the Covid-19 pandemic.

But what we still don’t know much about is the extent of ethnic inequalities in later life.

Using population-level Census data, we identified a clear divergence in ethnic health inequalities occurring after people hit their 30s, and we observed that these gaps widened for people in later life. The analyses presented in the video used Census 2011 data, but we see similar, familiar patterns in older Census data, and when using alternative health measures.

Now we must better understand the explanations for persisting ethnic inequalities.

Studies have found that ethnic inequalities in health and wellbeing at earlier life stages can be partly explained by socio-economic inequalities, which are in turn a result of structural, institutional, and interpersonal racism and discrimination. And racism and discrimination also has direct influences on health outcomes. As people age, the complex interrelation of social and economic disadvantages will accumulate over the life course and impact health and wellbeing outcomes in later life.

Throughout this project, we are reacting to a worrying lack of appropriate data resources to enable robust analyses of older ethnic minority people specifically.

We are using existing data in novel ways to redress the stark evidence gap. For example, we are harmonising a series of disparate social surveys to enable analyses of ethnic inequalities for older people over a twenty year period.

Elsewhere, colleagues are implementing innovative methods in the Evidence for Equality National Survey (EVENS) to recruit and survey 17,000 ethnic and religious minority people following the Covid-19 pandemic. This is a great development for the UK data infrastructure.

Future data collection endeavours must do much more to appropriately represent older ethnic minority people, as some of the most disadvantaged and marginalised communities. These datasets must more adequately capture longitudinal or life course socio-economic realities and experiences of racism and discrimination, to better understand the clear divergent inequalities shown in the video.

There is a risk that the important evidence generated by this project and others remain within the echo chambers of the academy. But we need the evidence to reach the people who can act upon it and make change.

This is why we are releasing this video to explain our early findings, and to initiate the conversation about older ethnic minority people specifically. We will continue to translate our findings for different outlets throughout our project, and actively open up conversations which go beyond merely describing data and statistics; we want the implications of our results to be heard by those with the power to effect change for ethnic minority older people.

Sarah Stopforth is a Research Fellow at the University of Sussex working on the Nuffield Foundation funded project ‘Ethnic inequalities in later life’.

Her research involves statistical analysis of large-scale and complex social survey data. Prior to joining Sussex, Sarah gained her PhD in Sociology from the University of Edinburgh, and she has also worked in a number of research roles in policy think tanks.