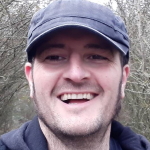 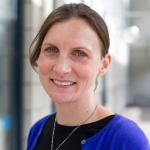 James Scott and Christine Woods, both Senior User Support and Training Officers at the UK Data Service, update us on the success of the Statistical Disclosure Control Handbook that they have co-authored with other members of the Safe Data Access Professionals (SDAP) group.

The Handbook is intended as a handy reference guide to be used by both analysts and staff responsible for carrying out statistical disclosure control checks. It contains guidance on how to assess statistical results produced from confidential sources of data, before they are released from a safe setting, and dovetails with current training courses such as the Safe Researcher Training (SRT) course. It also provides advice to organisations on setting up and managing the SDC process. We wrote more about the handbook in a previous blog post.

The handbook has been well received in the sector and staff at a number of organisations tell us they are using it as their ‘go to’ reference material.

Richard Welpton (The Health Foundation) and Simon Parker (Cancer Research UK), also members of the SDAP group, delivered a session on the handbook at the United Nations Economic Commission for Europe (UNECE) conference in The Hague in October 2019. The UNECE was established in 1947 with the aim of promoting pan-European economic integration and is one of five regional commissions of the United Nations, with others representing Africa, Asia and the Pacific, Latin America and the Caribbean, and Western Asia. More than 70 international professional organizations and other non-governmental organizations take part in UNECE activities.

The session, Statistical Disclosure Control for Outputs: A Handbook received an extremely positive reception and generated much interest.  So impressed was Natalia Volkow, Director of Microdata Access at the National Institute of Statistics, Geography and Informatics (INEGI) in Mexico, that she kindly offered to translate the handbook into Spanish.

Image: Exterior of the National Institute of Statistics, Geography and Informatics.

The benefits of a Spanish translation are twofold.

Firstly, it means that the handbook can be easily used by staff at INEGI itself.  This is useful, as some staff there have previously argued that whilst they may be experts in processing data to produce tables, they are not experienced in checking outputs produced by others and do not fully understand what they should be looking for in an output to mitigate against potential risks of identification and/or attribution.

The Statistical Disclosure Control Handbook, written by those on the ‘front line’ of output checking in secure environments, details methods and guidance that transcend geographical and linguistic boundaries and thus the Manual de Control de Divulgaciόn de Confidencialidad was exactly what this organisation needed!

Secondly, a Spanish version opens the handbook up to a whole new audience, with Spanish being one of the world’s most widely-spoken languages. The Head of International Relations at INEGI has indicated that the newly-translated Handbook will be sent to all of the Latin American National Statistical Offices that they are in contact with.

The authors do not intend this to be a static document and will update/amend where necessary from time to time, acknowledging that there are others whom we may have not spoken to yet whose experience could be valuable, and that new statistical methods may arise that are not currently covered in the handbook. 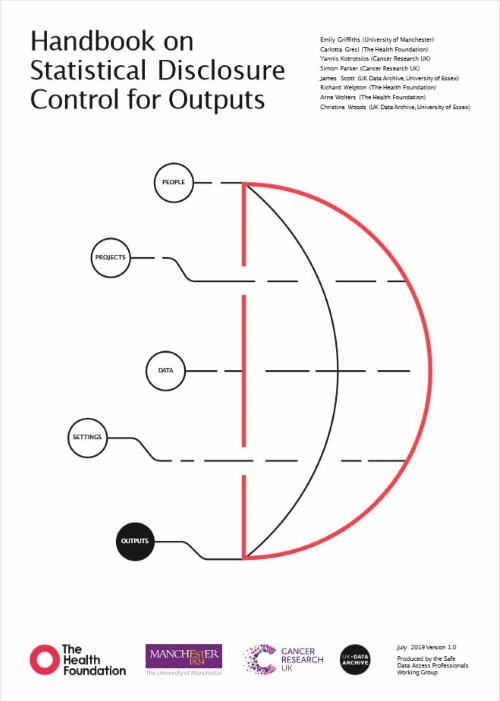 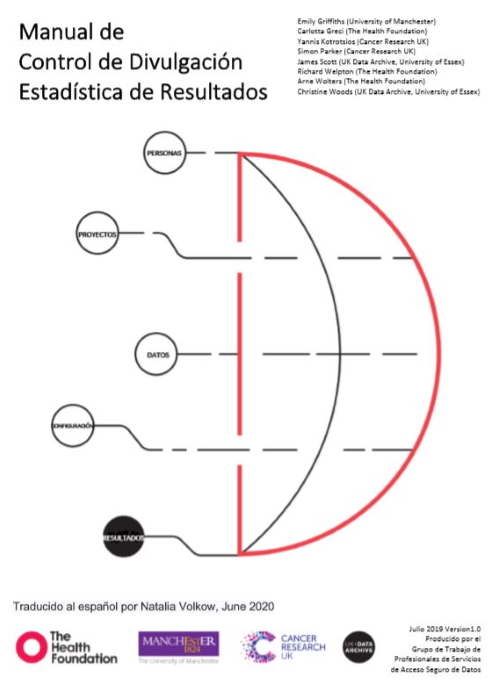 Images: covers of the English and Spanish versions of the Statistical Disclosure Control Handbook

Both English and Spanish versions of the Statistical Disclosure Control Handbook can currently be found on the SDAP website, under the ’Guides and Resources’ tab. If you are interested in translating it into another language, please do get in touch here!

This is not the first time that resources authored by staff from the UK Data Service have seen worldwide application – Managing and Sharing Research Data: A Guide to Good Practice, published by Sage and currently on its second edition, has been translated into Chinese, Japanese and Korean.

This again demonstrates the universality of good methods and guidance emanating from those that actually work in these areas on a day to day basis. Within the research community, staff experienced in particular areas can draw on their expertise to help others, which is good for everyone.

We are, of course, extremely pleased at the positive reception the Statistical Disclosure Control Handbook has received thus far and very much hope that this publication will continue to be of great use to those working for, or working within, secure environments around the globe.

James and Christine are part of the User Support Team at the UK Data Archive and have been members of the Safe Data Access Professionals Group since 2014. The UK Data Archive has recently taken over the management of the SDAP Group, with Christine and James as the chair and deputy chair respectively.

James is largely involved with Secure Lab and the training associated with its use. He has worked on research projects covering such diverse topics as perceptions of social class, young people’s involvement in gangs, households’ response to job loss, and Christmas.

Christine trains and supports researchers accessing the Secure Lab, as well as managing the team’s statistical disclosure control and data import processes. Prior to joining the UK Data Archive she was a crime and drugs researcher at the Home Office.