Race and migration in numbers 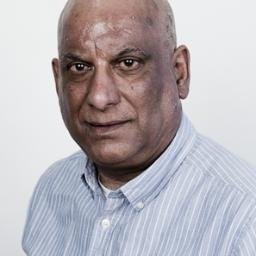 The release of census 2021 data on migration and race provides evidence on how the population is changing. In this blog post, Nigel de Noronha seeks to provide advice on what data is available about race and migration from the 2021 census and encourage responsible use of it by highlighting appropriate ethical considerations.

The first phase of international migration data was released on 2nd November. Table 1 shows that around one in six people were born outside the UK. The largest groups came from the European Union and the Middle East and Asia with smaller numbers from Africa, the Americas and other parts of Europe.

Table 2 shows the decade that people arrived in the UK.  This shows that one in five people came from outside the UK.  Half of these came in the last decade and the majority in the last twenty years. The migrants will include temporary migration such as students.

The first phase of race data was released on 29th November. The most used variable is ethnicity which provides a breakdown into defined categories and allows people to enter their own definition. The first release contained the standard categories at all geographical scales and detailed breakdown at a higher level. The ethnic categories often do not map neatly onto the ways in which people self-identify.

In addition, categories such as Black African, European and Other Ethnic Group cover diverse populations and there may be more differences in outcome measures within the category than between that category and others. Other categories that may be relevant include passports held, languages spoken and national identity.

Table 3 shows the change in makeup of the population of England by ethnicity between 2011 and 2021. The growth of some of the ethnic groups is likely to reflect a combination of the younger population having children and migration. The growth in the other category is likely to reflect a difficulty some people experience when trying to find a category that reflects their identity.

There are also detailed tables covering 288 ethnic categories available at MSOA level. An initial analysis suggests that the combination of the high-level category (white, Asian, black, mixed and other) with self-identification does reflect some confusion. For example, Iranians have identified as Asian, mixed, other and white.

The unique feature of the census is that it provides small area data making it an essential source of data for local public and voluntary and community services. The data will be available at national, regional, local authority, constituency, ward and statistical geographies based on output areas – the smallest area available.

This data only tells part of the story. In early 2023 there will be tables matching these variables to other characteristics covering employment, economic activity, educational attainment, housing, health and disability, caring responsibilities. Once these estimates are available, we will be able to see more clearly how these minoritised groups contribute to society and aspects of their lived experience.

We already know that many employers such as the NHS, care services, financial services, hospitality and agriculture amongst other industries employ significant numbers of migrants and ethnic minorities. We also know that universities have significant numbers of overseas students as well as international staff.  These economic and social aspects contribute to the fabric of society.

The extent to which particular groups experience differential outcomes will also be informed by census 2021.  In 2011 we could see that some ethnic minorities were significantly more likely to experience housing and employment deprivation.

The key question to ask when doing analysis is whether your reporting may lead to harm to individuals or groups of individuals based on their personal characteristics. The geographical specificity of the data does mean that it can be used for targeted activity. The population of Muslims in local authority areas was used to determine the allocation of funds for the Preventing Violent Extremism programme. Nigel Farage made inaccurate claims about London being a minority white city. The release of data on migrants coincided with , the short-term refugee centre in Kent, revelations that the government was refusing to make accommodation available leading to significant overcrowding and failures in the asylum processing system. The census data was translated into stories about Albanian migrants. Research shows that the majority of those arriving are refugees, including those from Albania.

This suggests the need for guidance for those researching race and migration and also to support critical reading of news coverage of these topics. We hope that those campaigning and support organisations working with racialised minorities and migrants will contribute to further development of the outline guidance provided below.

If your work is likely to be made publicly available

These types of questions could form the basis for useful dialogues with your colleagues and research participants.

The latest releases of Census data can be downloaded in bulk format from the UK Data Service.

Nigel de Noronha works as a Research Associate at the UK Data Service.  He leads on the training programme for the census.  His research has focussed on housing, race and migration. He has extensive experience of census data.