Is the normalisation of ‘plus-size’ bodies in the UK undermining the battle against obesity?

A new study used descriptive and logistic regression analyses based on the pooled nationally representative
cross-sectional survey, the Health Survey for England, for the years 1997, 1998, 2002, 2014, and
2015 of individuals with BMI>25, finding that overweight and obese adults in the UK are more likely to underestimate their weight status and less likely to try to lose weight, especially among lower-income, lower-education, and minority groups.

Conducted by International Institute for Applied Systems Analysis researcher and senior lecturer at the University of East Anglia, Raya Muttarak, the study Normalization of Plus Size and the Danger of Unseen Overweight and Obesity in England, published in the journal Obesity, the research aimed to investigate how demographic and socioeconomic factors are associated with self-perception of weight status, particularly weight underassessment and attempts to lose weight.

Whilst existing studies commonly look at the whole population, this paper focuses specifically on overweight and obese individuals.

More than one in four adults aged 15 and older are classified as clinically obese in the UK, yet Muttarak’s study shows that misperception of weight has increased alongside obesity over time.

This upward trend is possibly a result of the normalization of plus-sized bodies in the UK, which can undermine action to reduce weight, since awareness of overweight status is a prerequisite for weight-loss attempts.

Using pooled data from five years between 1997 to 2015, the study analyzed the Health Survey for England covering 23,459 respondents. Then weight perception in different groups was compared to Body Mass Index (BMI), for an objective measurement of weight status. The results suggest that nearly double the proportion of obese men misperceived their weight in 2015 compared to 1997

Health professionals cannot overlook the importance of communicating the dangers of weight gain and obesity. When the risks associated with excess weight are minimised, the research found that people are persistently unable to recognize that they are overweight and the increased health risks involved.

Among participants considered overweight by the World Health Organization guidelines, one third were classified as obese, yet the majority of overweight and obese participants reported their general health as good or very good.

Although less at risk for potential health complications, overweight participants were more likely to underestimate their weight status compared with obese participants. Since those who underestimated their weight status were also 85% less likely to try to lose weight, only about half of overweight individuals were trying to lose weight compared to over two-thirds of obese individuals.

This effect was especially pronounced for individuals with no degree qualification and in lower-income groups, evidence that socioeconomic and demographic factors play a key role.

The odds of misperception of weight status significantly declined with level of education and income. Individuals with no qualification were 1.8 times more likely to underestimate their weight compared to those with degrees. Likewise, the bottom-income group was 1.3 times more likely to misperceive their weight compared with the top-income group. Overweight individuals in both groups were consequently less likely to try to lose weight than overweight individuals in higher income and higher education groups.

Interestingly, there is one exception to the rule. Although minority groups were more likely to underestimate their weight compared to the white population, they were actually more likely to try to lose weight.

Regardless, Muttarak believes the social inequalities in weight misperception patterns must be addressed when designing obesity-prevention interventions.

Socioeconomic factors related to living and working conditions, health literacy, and access to healthcare services may contribute to normalization of obesity in lower education and lower income environments, therefore it is vital to prioritize inequalities in overweight- and obesity-related risks.

Muttarak, who currently lives in the UK, says:

The price of healthier foods such as fresh fruits and vegetables are higher than processed and energy-dense foods in this country. As a sociologist, I feel that these inequalities should be addressed. 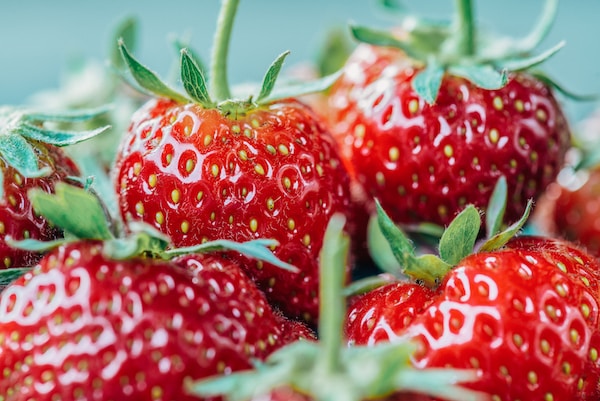 This post was originally published on the website of the International Institute for Applied Systems Analysis (IIASA), an international scientific institute that conducts research into the critical issues of global environmental, economic, technological, and social change that we face in the twenty-first century. The original article was written by Sandra Ortellado, Science Communication Fellow at the IIASA, and we are grateful for permission to reproduce it.

This research has received quite a lot of media coverage, including articles in the Evening Standard, the Mirror, the Telegraph (registration required) and the Mail.