Long-term trajectories of crime in the UK 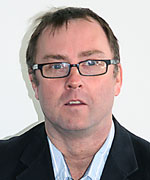 Stephen Farrall, Deputy Head of the School of Law and Professor of Criminology at the University of Sheffield and colleagues, discuss the exciting long-term research underpinned by analyses of national survey data.

With almost 35 years of data (and in some cases more) for some of the UK’s oldest datasets, we are fast approaching a point in time when repeated cross-sectional surveys (such as the British Social Attitudes Survey or the Crime Survey for England and Wales) can be analysed longitudinally, as well as cross-sectionally. This is a really exciting prospect, since a lot of the sorts of data which times series analysts have had to rely on come from official sources, such as recorded crime rates, rather than self-reported data (which is often taken to be a more reliable source when it comes to some matters).

Over the past two years, Emily Gray, Will Jennings, Colin Hay and I have been involved in a research project which has brought together into a small number of files some of the UK’s best known repeated cross-sectional surveys – namely the British Social Attitudes Survey, the Crime Survey for England and Wales and the British Election Studies. Each of these surveys we have collated into one file per survey, retaining the data at the individual level, which allows people to do a number of very, very exciting analyses.

Taking the Crime Survey for England and Wales data for example, with almost 600,000 respondents interviewed between 1982 and 2012, one could run age-period-cohort analyses, or look for rare groups of victims (for example, single males who have been victims of domestic violence) or just look at trends in fear of crime, or victimisation over time.

The British Social Attitudes Survey is smaller – a ‘mere’ 90,000 or so interviewed between 1983 and 2012. But the data is no less interesting; attitudes towards economic inequality, buying a home, taxation, private schooling, gay or lesbian people teaching in schools, obeying the law, sentencing offenders, individual responsibility and so on are all contained (and many asked each year!) in the survey series which Roger Jowell had the foresight to develop in the early 1980s. These data sets are a rare minefield of information – to which new variables could be added (if re-grouped to years) or to which new years of data can be added as the Office for National Statistics and NatCen release future data from their series.

None of this, however, could be possible without the assistance (on which we have relied considerably) of the ONS, NatCen, the UK Data Service and the ESRC (who funded our project, ES/K006398/1). And we thank them all for their generous funding and endless help with our queries. This blog may have our names at the bottom of it, but this has been a truly collective enterprise.

More information on the project can be found here:

The data can be downloaded here: https://discover.ukdataservice.ac.uk/catalogue/?sn=7875&type=Data%20catalogue

A paper outlining the datasets can be found here: http://bjc.oxfordjournals.org/content/55/5/1005.full.pdf+html