That is the main headline that much of both new and old media have pulled from a report published this week by the Intergenerational Commission, delivered by the Resolution Foundation thinktank. However, this is actually just one (the last, in fact) of ten recommendations made by the commission in A New Intergenerational Contract. We look at some of the data used in the report and reactions to it.

The report explores multiple issues in jobs and pay, housing, pensions and the role of the state in  questions of fairness across generations. The report used a wide range of surveys, studies and other data, much of which is available through the UK Data Service. The commission’s recommendations cover a range of areas: 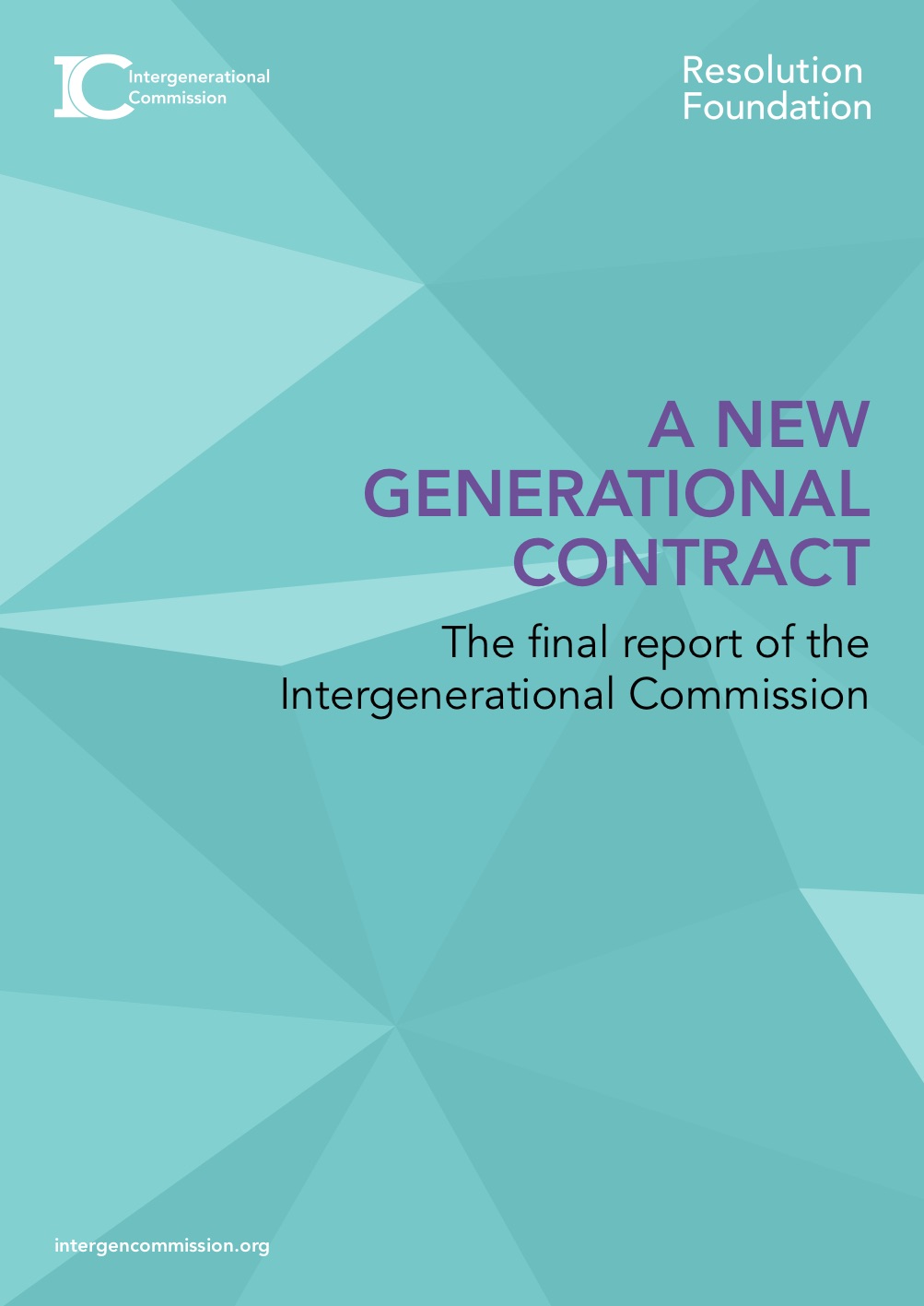 (This is just a brief summary. To avoid any ambiguity and for the full text of the commission’s recommendations, see p17 of the report.)

A significant amount of the data used to create this report is held by the UK Data Service:

The Metro, Guardian, i news and the Independent all led with the £10,000 ‘citizen’s inheritance’ angle, mostly in a positive way. Several of them also included opinion pieces praising the idea, such as The Guardian and i news (which actually had a second opinion piece listing six reasons why it is a good idea, so enthused were they). The Independent’s opinion piece was not a fan of the proposal.

While the New Statesman argued that the idea was a positive one, the Huffington Post asked what difference £10,00 would actually make to young people (their choice of people to answer this could be seen as not entirely representative). The Spectator queried the need for the £10,000, questioning whether it was actually harder to buy a house now than 30 years ago.

The Mail, again focusing on the £10,000 was less impressed than the others, especially in its opinion piece. The Express focused on its core readership, picking out the recommendation that care costs for the elderly should be capped at £50,000.

The BBC reported on the commission’s recommendations in its Business section, with a headline leading on the idea of taxing pensioners to ‘heal the intergenerational divide’. Given the reports recommendations on collecting National Insurance from those over state pension age but still in work, the BBC also produced a fact check article on how many pensioners are working and what they’re doing (referring to UK 2011 Census data along the way).

Tom Forth, head of Open Data Institute Leeds and The Data City, took to Twitter (while making his tea – and yes, there was a millennial avocado involved) to give his thoughts while reading the report. It’s a longish thread, but worth a read:

Tea is in the oven. While it cooks, I shall read the Intergenerational Commission's report. But because I am endless, I will be completing this table first. pic.twitter.com/RRtjmYpStJ

Channel 4 tweeted an excerpt of an interview between Torsten Bell, director of the Resolution Foundation and Conservative MP Neil O’Brien

"Are we happy about a country where more of the living standards over our lifetimes are based on who our parents are, than what we earn?"@TorstenBell, director of the @resfoundation, and Conservative MP Neil O’Brien discuss inter-generational fairness. pic.twitter.com/w5aUAsgvFt

Not everyone was entirely pleased with the report:

Lots of great data & sensible recommendations in @resfoundation intergenerational commission report. But it skirts a central issue – collapse in GDP per capita growth since 2008 pic.twitter.com/kI41vMpzIn

Unimpressive and overly lefty. Doesn’t go to say for all of their policy recommendations but who’s to say there won’t be housing inflation? Etc etc. On this point alone regarding intergenerational commission I’m totally right winged in economic affairs. Only this once. I swear. https://t.co/WsgdxW8WvT

The £10K suggested by the #IntergenerationalCommission may be of some help to milennials, but not in buying a house as it wouldn't be nearly enough for a deposit & more importantly it would be impossible to get a mortgage in zero hours/temporary contracts that are so prevalent.

The report included a ‘Millennial myth-busting’ section on p112 which breaks down popular misconceptions around eating out, holidays, money spent on phones, and the idea that millennials ‘job hop’ frequently, which Twitter user AntBreach rated highly:

The deputy director of the Resolution Foundation, Matt Whittaker, had his own poetic take on the report:

Working on the Intergenerational Commission didn't take up enough of my time in recent days, so I wrote this too