How have the data helped us understand and improve the UK housing and homelessness situation? 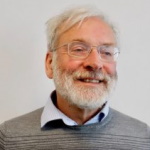 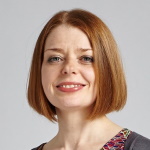 Key data in the UK Data Service collection have played an important part in modelling key housing outcomes as part of a body of research by Professors Glen Bramley and Suzanne Fitzpatrick which has had significant impact on housing and homelessness policy in the UK.

We explore a few ways their work has had impact. To find out more, read their case study.

Bramley and Fitzpatrick have, since 2011, carried out research for the Homelessness Monitor, independent longitudinal analysis for the charity Crisis of how economic and policy developments have impacted on homelessness.

The Homelessness Monitor’s figures, having uncovered shortcomings in official measures, have themselves been challenged and led to changes.

In 2015, the then Secretary of State for the Department for Work and Pensions (DWP), Ian Duncan Smith referred the Homelessness Monitor 2015 to the UK Statistics Authority (UKSA) in disagreement with their variance from official statistics.

The UKSA not only found in favour of the researchers behind the Homelessness Monitor but launched an enquiry into the official statistics, reporting critically on the Government’s methods for collating homelessness figures.

The challenge and subsequent enquiry (drawing heavily on Bramley and Fitzpatrick’s work) led to new official methods of monitoring the numbers of homeless households applying to local authorities. The UKSA has requested further improvements to these new approaches, which a team at the Office for National Statistics is leading, who are in regular contact with Glen Bramley to understand his methodology.

Since 2017 Bramley and Fitzpatrick have worked with Crisis to develop the concept of ‘core homelessness’, building on this earlier work to overcome some shortcomings in the official measurement framework.

These measures have been incorporated in a housing market model which can generate forecasts of future levels of homelessness likely to arise given particular economic and policy scenarios. This model has been used to demonstrate which policy measures would be likely to lead to the most significant reductions in homelessness in the next 5-20 years, and forms a key part of recent Homelessness Monitors.

Bramley has also undertaken research commissioned by Crisis and the National Housing Federation (NHF) on housing supply requirements for low-income households and homeless people. His work on modelling the housing market including core homelessness fed into this report.

The findings of this work have been endorsed by a wide range of housing organisations and seek to reinforce a policy shift following the UK Government’s 2017 Green Paper which committed to a strong role for social housing.

His research for Crisis and the NHF were also extensively referenced in the July 2020 report and recommendations of the Building more Social Housing inquiry conducted by the House of Common Select Committee on Housing, Communities and Local Government.

A key recommendation from the report is that

‘There is compelling evidence that England needs at least 90,000 net additional social rent homes a year’.

The report goes on to recommend published targets for each affordable tenure, which has been supported by ministers (albeit with no official commitment yet to a target).

The value of data in the UK Data Service collection

Bramley and Fitzpatrick’s work has made extensive use of data in the UK Data Service collection:

“While the research has also used a substantial range of other data sources, including demographic and labour market data from NOMIS, statutory homelessness statistics compiled from local authority returns via Government departments, and market data from HM Land Registry and Valuation Office Agency, these micro individual/household level datasets have been very valuable for modelling key housing decisions and outcomes.”

Bramley and Fitzpatrick’s extensive bodies of work have had significant impact on policy decisions and approaches by both the UK and Scottish governments.

Professor Glen Bramley is one of Britain’s leading academics in housing and urban economics having been engaged in academic and applied policy research in this field since the mid-1970s.

Professor Suzanne Fitzpatrick is the director of I-SPHERE (Institute for Social Policy, Housing, Equalities Research) at Heriot-Wat University. Suzanne is a leading international scholar on homelessness, and has undertaken research on family, single and youth homelessness, as well as on rough sleeping, ‘street culture activities’, domestic violence, and rights-based approaches to tackling housing exclusion.

Suzanne is principal investigator on the highly respected Crisis/Joseph Rowntree Foundation (JRF)-funded “Homelessness Monitor” series, and has recently led/co-led major programmes of work on “Destitution in the UK”, also for JRF, and on severe and multiple disadvantage (“Hard Edges”), for the Lankelly-Chase Foundation/Robertson Trust. She is homelessness theme lead in the ESRC/JRF-funded ‘UK Collaborative Centre for Housing Evidence (CaCHE)’, and previously led/co-led the housing and homelessness strands in five-year ESRC funded study of “Welfare Conditionality”, as well as an earlier ESRC-funded project on “Multiple Exclusion Homelessness”.

homeless monitor homelessness
See other posts in this category