Do UK academies use exclusions to play the system?

Academy schools in England excluded more disruptive pupils since they became academies. However, this was the result of the strict disciplinary approach that they adopted rather than a strategic effort to improve their aggregate educational results, writes Matteo Sandi, one of our Data Impact Fellows.

This is the conclusion of my research with Stephen Machin. We studied whether the strategic exclusion of poorly performing pupils can explain the pupil performance gains recorded by academy schools in England. This claim has been made in some popular, mostly non-evidence-based, public debate, and it is appraised in our study. 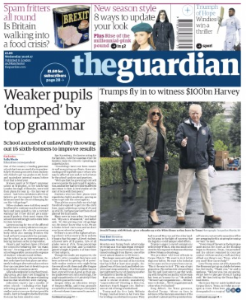 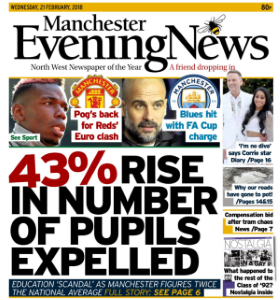 We found that academy schools in England do actually permanently exclude more pupils in year 11 than otherwise comparable non-academy schools.

However, the analysis of the initial wave of academy schools in England, that opened before 2010 and that became academies as part of a remedial school improvement programme in the 2000s, shows that exclusion was not a means of improving aggregate results for academies in the published league tables.

Pre-2010 academy schools experienced sharp pupil performance gains after conversion, but not because of pupils’ exclusion. Rather, exclusion seems to be part and parcel of the strict disciplinary behaviour procedures that some of these schools operate – an integral part of a ‘No Excuses’ culture.

This finding is corroborated by the fact that we found much smaller gaps in permanent exclusion among the second batch of conversions to academies, that opened since 2010 and that were not disadvantaged schools with the behaviour problems that the earlier pre-2010 batch of academies had to cope with.

Since inclusion in a school league table results hinges on a pupil year 11 January census, we studied whether academies, following conversion, started to permanently exclude more before the January census in Year 11, that is, in the final year of compulsory education in England.

We also studied whether these higher rates of pupil exclusion can plausibly explain the steep pupil performance gains observed in pre-2010 academies. Our simulation exercise suggested that, for the performance improvement of pre-2010 academies to disappear, each excluded pupil would have needed to exert an implausibly large negative influence on the GCSE test scores of all other year 11 pupils in the same school and school year.

Moreover, we found no evidence that pupils excluded from academies were worse performers than pupils excluded from control schools. Pre-2010 academies also permanently excluded more pupils in year 11 that were still allowed to take their GCSE exams in the school that excluded them, which removed scope for strategic manipulation of GCSE results.

The overall conclusion is that, rather than being used as a strategic means to boost measured school performance, the higher rate of exclusion seems to have been part and parcel of the tough discipline procedures that the pre-2010 academies adopted.

Matteo Sandi @McmSandi is one of our UK Data Service Data Impact Fellows. Matteo is a Research Economist at the Centre for Economic Performance (CEP) at the London School of Economics and Political Science (LSE). Matteo joined LSE in October 2015 and his current fields of research are the economics of crime and the economics of education.

Matteo Sandi
See other posts in this category