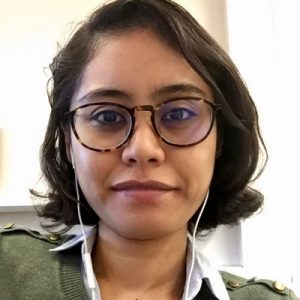 What was Aishah working on when she became a Fellow?

Aishah was a second year PhD student with the Faculty of Science and Technology at Bournemouth University. Aishah’s research aimed to develop an Intelligent Transportation Analytical Model for SMEs.

Aishah completed her PhD in Creative Technology in 2019 and works as a Digital Product owner for TUI. 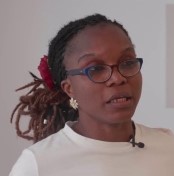 What was Anthonia working on when she became a Fellow?

Anthonia was a Postdoctoral Research Associate (GIS and Geovisualisation) on the GLOBAL-RURAL Project Department of Geography and Earth Sciences, Aberystwyth University. She was a research associate with interdisciplinary interests in globalisation and rural communities.

Anthonia is still working with the GLOBAL RURAL project as a Project Officer. She is also the founder of Geographical Resources for Development Centre a non for profit organisation providing mapping support for development related projects in Africa. 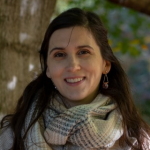 What was Esmeralda working on when she became a Fellow?

Esmeralda was an ESRC-funded PhD student in the School of Politics and International Relations at the University of Nottingham, in collaboration with the Committee on Standards in Public Life (CSPL), an advisory non-departmental public body sponsored by the Cabinet Office. Her research focused on the political communication of UK public office holders and civil society actors, with special attention for the use, presence and absence of types of evidence and emotions.

Esmeralda Bon is a Research Associate at the University of Manchester, based in the Cathie Marsh Institute. She works for the project ‘Digital Campaigning and Electoral Democracy’ (DiCED), a comparative project for the study of the drivers and effects of digital campaigning in 5 countries and 7 national elections during the period 2020-2023.

What was Matteo working on when he became a Fellow?

Matteo worked as a Research Economist at the Centre for Economic Performance (CEP) at the London School of Economics and Political Science (LSE). Matteo joined LSE in October 2015 and his fields of research were the economics of crime and the economics of education. His research looked at the impact of policing on crime, the determinants of youth crime, and the effect of discipline in school on the desire and possibility to engage in youth crime.

Matteo Sandi is still working as Research Economist at the Centre for Economic Performance (LSE).

His current areas of research include:

What was Oliver working on when he became a Fellow?

Oliver was an ESRC funded PhD student in Faculty of Economics at the University of Cambridge. His research investigated how firms and workers respond to rapid import growth, price changes driven by fluctuations in exchange rates, and changes to EU and extra-EU trading partners’ trade policy.

Oliver completed his PhD in 2019 and now works as Head of FTA Tariff Policy for the Department for International Trade.