Across three blogs, Will Shankley reviews how his PhD (which, in part, used 2011 Census data) went. In his first blog post, he looked at the challenge he faced, while in this post he explores impact. In his third blog post, he will examine what the future of this area of research could be.

A significant issue has been to undertake a research project that demonstrates impact. Throughout my project, I worked closely with several central and eastern European charities and community groups in Greater Manchester to learn more about the local Polish community but also form contacts and understand Polish culture in greater depth. I used my statistical knowledge and data to assist the charities in mapping the locations over Greater Manchester where they could target social and community projects to benefit the local communities.

However, impact work is not only about direct impact. I learned throughout my PhD that impact can include indirect as well as direct impact.

Throughout my research, I have endeavoured to present my findings to different audiences that have included academics, policymakers and practitioners who work directly with migrants. The conferences that I have presented at include 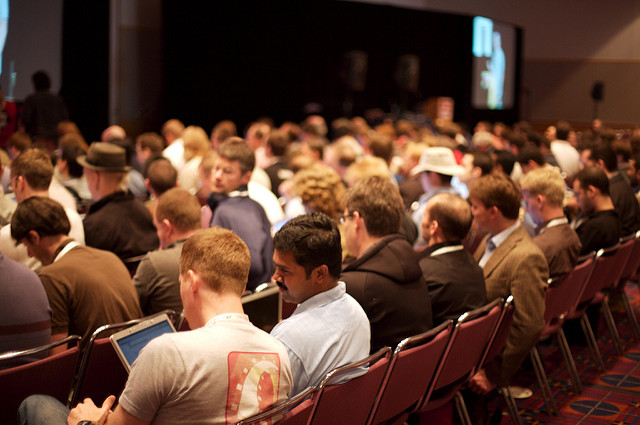 I presented a number of key points to these audiences.

I communicated how my work uncovers the role that the labour market and its structures play in affecting a migrant’s purchasing power through the type of positions and working conditions they have been largely channelled into since the EU expansion. Their purchasing power can affect where they can afford to move to and how regularly they move. These factors also link to the types of contracts the migrants can obtain on arrival and the limited agency they are afforded to negotiate their employment conditions – all of which can have a substantial impact on the residential geographies.

However, my findings suggest that the labour market is not solely responsible for steering Poles into moving to certain places but they are heavily influenced by the migrant group’s racialization and how their racial and ethnic identity intersects with other identity markers to influence the strategies that migrants formulate to fit into their local places. The findings also shed light on the importance of family and caregiving responsibilities that indicate how these factors are embedded, inter-play and connect with each other and have context-specific dimensions.

For policymakers who work with community cohesion and integration policy, my work contributes to the narratives that assist them in reconceptualising internal migration as being connected to other forms of migration and mobility, as well as how we as researchers understand the cultural background of new migrant groups that have begun to arrive in the UK.

The presentations, I hope, can have an indirect impact on the migrants by becoming included in the community cohesion policy.

My findings that shed light on the racialization of Polish whiteness suggests that in certain places and contexts Polish whiteness becomes visible and Polish people also experience discrimination and xenophobia that need to be included in any government approach to community cohesion that sees new white migrants as also experiencing disadvantage and discrimination as well as non-white groups.

Moreover, my findings also speak to narratives on homelessness that are exposed through the links found between employment and housing and ‘tied-in’ practices that recruitment agencies use to assist to steer migrants into specific sector labour deficient positions.

Finally, for policymakers and practitioners who work in housing, my findings suggest that Polish people are largely concentrated in the private rented sector of the housing market and my work calls for improved regulation in the sector to protect the migrants from disproportionately facing poor housing conditions, unscrupulous landlords and the introduction of policies such as the Houses of Multiple Occupancy (HMO’s) that have been found to affect Polish migrants’ housing experiences and have affected their residential decision-making.

On a more individual level, I have wrestled with just how much of my work I should directly present and share with the migrants themselves as some of the experiences from the Polish people I have spoken to paint a bleak picture of Polish people’s lives in Britain.

This I have not felt at times would be beneficial to the community groups I have directly worked with.

However, my work on racialization and the labour market seems to be more useful for community groups to assist them to design workshops to help migrants understand and overcome some of the issues my research uncovers.

We’d like to congratulate William Shankley, UK Data Service Data Impact Fellow who has recently completed his Sociology PhD at The University of Manchester.

Will Shankley
See other posts in this category