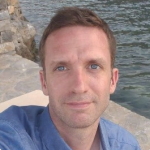 Jon Wroth-Smith, statistician at the Office for National Statistics, continues our ongoing census series by discussing how important the UK censuses are and outlines the journey beyond filling in your census form.

Carrying out a Census is an enormous undertaking and a challenge for everyone involved to collect the best information we can about the whole population of England and Wales.  I’m sure it’s been the same for everyone involved in carrying out the modern Census in this country, all the way back to 1801. We have massive computing power in 2021 and an online survey which is simple, straightforward and safe to complete but there are many more of us, while 220 years ago the population of England & Wales was only 8.9 million. In 2019 we estimated the population to be more than 59.4 million. Colleagues in Northern Ireland are also carrying out the Census in 2021, in Scotland in 2022.

As we begin to engage with more than 26 million households, we are also reminded of just how important the Census is.

I never thought I’d be quite so excited at an episode of the BBC’s One Show as when Professor David Olusoga spoke about the importance of Census ahead of his live lesson as part of our ‘Let’s Count!’ primary schools education initiative.

Professor Olusoga is an incredible advocate of the value of the Census. Interviewed in the Guardian in early February, his passionate description of the Census was a brilliant reminder of why it’s such a privilege to be involved in this once a decade activity involving the entire population.

“We need to understand society so we can better plan. How do we build infrastructure, how do we plan for hospitals, the provision of education, without knowing who’s in the country? The state does not demand a huge amount of us in this country. Every 10 years, [we are asked for] basic information to allow the state to better run our society and better provide for our society. It’s such a small ask.”

There are loads of brilliant examples of how Census data are used in our Census stories, from helping to prevent fires in London to helping charities to reach out and support those in need. While it’s a legal obligation to complete a Census return, we want to be able to motivate people to want to respond. Explaining why it happens every ten years and why it matters is fundamentally important to make this happen.

I don’t really need to explain to readers of the UK Data Service Data Impact blog why data matters. Hopefully many of you can’t wait to get hold of Census data and all the glorious small area insight it provides.

Instead your question might be if it’s so important why does it takes you such a long time to publish? We aim to produce the first findings a year after the Census takes place and aim to publish the full range of statistics within two years.

We don’t just publish counts of the people who provide a census return. Instead, as in 2001 and 2011, we will be publishing coverage adjusted estimates of the whole population and its characteristics.

We are committed to ensuring we deliver a high quality, inclusive census and a lot of work has gone into making sure we had all the right addresses to send access codes or questionnaires, minimising burden as much as possible by making it simple to complete and working closely with community groups to promote Census 2021 and encourage people to respond. Census field officers will be giving help and encouragement to those who have not yet filled in their census questionnaire online or on paper after Census Day and direct them to the support services they need. They will be operating in the same way as a postal or food delivery visit, will never need to enter people’s homes, they will always be socially distanced, equipped with PPE and work in line with all government guidance.

In 2011 we achieved a response rate of 94%. We know there will always be people who don’t fill in the census and we need a way to account for this non-response/under coverage in our estimates. As in 2011, we’ll run a Census Coverage Survey (CCS) shortly after the Census and we’ll use this to estimate the total population. More information on how we do this (Dual System Estimation) is available on the ONS website and will feature in an upcoming UKDS Impact blog as part of this series.

To adjust for under (and over) coverage we need to link the 350,000 households included in the CCS to the Census and then run our estimation models. This takes a while. It also takes time to scan and code paper responses (we are running an online first rather than an online only collection), to clean data (multiple responses, 234 year olds for example) and to impute missed responses.

Even after we’ve estimated and adjusted for coverage we don’t just publish the estimates. We carry out a quality assurance exercise to have confidence that users can trust the numbers and rely on them. This involves comparisons to a range of administrative and survey sources.

While there is nothing quite like Census data, we want to have confidence that we understand how it compares to the number of people registered with a GP or the number of children registered at school.

We also carry out demographic analysis using the data to understand whether there are issues. Mortality and fertility rates are a bit like putting our statistics through a few thousand testing laps of the Nürburgring (car reference, apologies).

This census is coming at a critical time and with fresh data from 2021 alongside new data sources we will have the richest information we have ever had to ensure the provision of services are informed by the best possible estimates.

Before we package up the statistics in a multitude of shapes and sizes (from basic tables to themed analysis to research ready deidentified data in the Secure Research Service) we also carry out disclosure control processes. While small area insight makes the Census a unique research resource, we must ensure the data are not disclosive. Data security is fundamental to the Census. It’s in everyone’s interest as its data about everyone. I recognise that’s cheesy, but it’s true.

We are delighted to have the opportunity to contribute to the UK Data Service Data Impact blog. Hopefully you will be keen to hear more about the Census in the upcoming blog posts, including more about coverage estimation and statistical disclosure control as well as how we will build and deliver the outputs themselves.

There’s a lot to do but then again there will be a heck of a lot of data!

Jon Wroth-Smith is an ONS statistician leading a number of areas of the 2021 Census.

His role involves ensuring that the statistics produced by the census are fit for purpose so includes optimising response, quality assurance and the design of processes from what’s collected to what’s published. Jon is a demographer by academic background and has worked in a number of roles across ONS as well as having worked as a statistician at Ministry of Defence.

Read other blog posts in our Census 2021-2022 series, which will continue beyond census day.