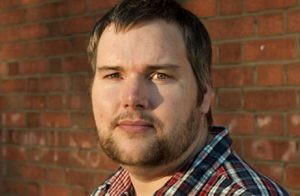 When people think about the UK censuses, they tend to think in terms of the form they fill in themselves or perhaps a historical census record they have accessed when exploring their family tree. These are examples of individual records.

For many uses of the census, researchers, analysts, and policymakers need to take a broader view. Instead of looking at individual people and their information, they want or need to find out about the characteristics of areas, in other words the different types of people in different places. The data have been made available for a large range of area sizes from country-wide down to output areas (OA). The minimum OA size was 20 resident households and 50 resident people, but the target size was 50 households.

At the UK Data Service, we are in a unique position of being able to offer access to census aggregate data from 1971 to 2011 (with plans to include data from the 1961 and 2021/22 censuses) as open data. The advantages of being able to offer census data in a time series will be clear to researchers wanting to observe changes within the UK across that time period, especially given the unique coverage of censuses compared to other surveys and longitudinal studies.

In addition, for the 2011 censuses, the UK Data Service has worked to harmonise the data across the three UK censuses (England & Wales, Scotland, Northern Ireland), all of whom have some variation in questions asked and descriptors for variables generated in the output. This provides a unique opportunity to compare a range of variables for a variety of geography types across the UK, something not available anywhere else.

The census agencies are confident that, due to a move to prioritise people completing their forms online, data collection will not be largely affected by the virus. The agencies will also continue to use Covid-safe face-to-face means for reaching harder-to-reach populations and to encourage those who have not completed their census return to do so.

Inevitably however, the Covid-19 pandemic will have impacts on the three UK censuses, starting with the rescheduling of the Scotland census to 2022. There will be interesting challenges going forward to identify methodologies for reconciling the differences a year may make to data on both sides of the border.

For instance, where people commute between England and Scotland or move residence between the two countries, new approaches may be needed to reconcile elements of the data between the Scotland, and England & Wales censuses.

There are other questions with as yet difficult-to-predict answers which will be raised by censuses conducted during these unusual times.

In the area of work, what will the recording of place of work and commuting show when a large part of the working population is working from home? For instance, will workers record their office or their home as their place of work? Alongside this, coronavirus has disrupted patterns of employment, including the use of furlough and reduced hours for some and increased numbers of redundancies.

Equally, with difficult conditions for many students, many may record their home address as their term time address, instead of where they might otherwise have been living while studying.

Knowing which groups have been more vulnerable to the virus, it is possible that there may be unexpected changes in the age makeup and general health conditions of the population.

While the data may be an interesting historical record of a society during a pandemic, there is also a more direct impact. Census data is used a great deal by policymakers to help allocate resources and provide appropriate support to communities. The unusual data may make some of these decisions more difficult.

As society evolves, so do questions in the census.

Where once a question about whether a home had an indoor toilet was needed due to historical conditions, for example, such a question would be meaningless in the 2021/2022 censuses (and has not appeared since the 1991 censuses).

Questions relating to sexuality and gender identity will be included in the 2021/2022 censuses for the first time, with questions varying across the three census agencies.

The wording of these questions has been developed carefully over a substantial period, involving research into the forms the wording could take as well as consultations and conversations with stakeholder groups. These questions will also echo changes across many government and other surveys since the previous censuses took place. The gender identity question (which will not be included in the Northern Ireland census) is a supplementary one to the standard male/female sex question and will be supportive of counting the numbers of people who are trans or whose gender identity is not adequately described by the traditional binary options.

Another new question relates to whether a person is a veteran of the armed forces. This will help local and central government support commitments which have been made under the Armed Forces covenant. It will also help charities and other organisations who support armed forces veterans.

A previously-included question about the number of rooms in a household will no longer be included, as the data is available from the Valuation Office. The question about number of bedrooms will, however, continue to be asked. This is one of a number of measures which can be combined to ascertain overcrowding and deprivation.

Aside from the changes in questions, another developing feature of the 2021/2022 censuses will be the decision to make them primarily digital. The aim is that 75% of respondents will complete their census return online. To avoid risk of excluding those who are not able to access the online version, perhaps through lack of internet access or cultural background, there will still be paper versions of the census forms available. The census agencies have also employed people who will be able to support those who have had problems in completing their form.

Census 2021/2022 is a unique opportunity to gain an accurate and wide-ranging snapshot of the country during unusual times and will be a key resource in planning for and resourcing the needs of the country and different communities going forward.

We encourage everyone to be counted in the census by completing their census form.

The UK Data Service has a great deal of expertise in supporting researchers from many backgrounds to access census data and we will continue to provide access, including for outputs from the 2021/2022 censuses as they become available.

Rob Dymond-Green is Senior Technical Co-ordinator for the aggregate data team, based at Jisc.