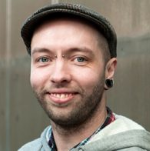 Jamey Hart from the UK Data Service recently attended the 7th SDMX Global conference. Here he looks at what SDMX is and how its use is growing internationally.

For many years now we, the UK Data Service, have provided access to our data via a restful API that allows users to download data in SDMX format. Having said that, we haven’t had the need to delve into the detail of the language itself; our platform handles all that behind the scenes and it kind of just works!

So with this year’s SDMX Global Conference being held in Budapest, what better excuse to travel over and see how our contemporaries are utilising and innovating with SDMX.

The first question you might ask is “What is SDMX?”

The acronym stands for Statistical Data and Metadata eXchange.

A quick search yields this description:

SDMX, is an international initiative that aims at standardising and modernising the mechanisms and processes for the exchange of statistical data and metadata among international organisations and their member countries.

There are a lot of users and supporters of SDMX who have reputations for regularly providing open data and metadata at very high standards to their users. Organisations such as the International Monetary Fund (IMF), the World Bank, the Organisation for Economic Co-operation and Development (OECD) and the International Labour Organization (ILO).

I’ve never been to Hungary and enjoyed seeing how beautiful the city is. The conference was held at the Magyar Tudományos Akadémia (Hungarian Academy of Sciences), an historic and architecturally beautiful building within a stone’s throw of the Danube.

There were over 300 participants from 97 countries at the event who were there to both learn and teach about the 20-year-old SDMX model, which I discovered has now become an ISO standard!

A good proportion of the presenters this year spent at least some of their time talking about Sustainable Development Goals (SDGs), which were finalised just a few short weeks before the conference itself. The UK Data Service hasn’t elected to carry data on SDGs just yet. However, there’s always the possibility of us looking at providing this in the future as there are some interesting socio-political and environmental statistics there! Feel free to leave a comment below if you feel there are any particular datasets you think we would benefit from disseminating.

At the conference, there were also a lot of organisations talking about how they have used their knowledge of SDMX and other complementary technologies to aid the National Statistical Offices (NSOs) of developing countries to standardise data reporting.

The IMF presented on how they have been training the African Development Bank (AfDB), who themselves presented with lead statisticians from Côte d’Ivoire and Senegal, and how the biggest challenges for them was the lack of funds available for IT and hardware upgrades in order to make full use of SDMX’s myriad capabilities.

Another thing to note is that it’s mostly been NSOs who have been using the SDMX standard but, as it has matured, there are more and more companies from the financial and commercial sectors adopting it. BearingPoint GmBH, Bank for International Settlements (BIS), European Central Bank (ECB), esri and Metadata Technology all presented at this year’s global conference.

With SDMX burgeoning, there is an increasing number of freely available tools being developed within the community, all aimed at simplifying and automating its everyday use for organisations and companies. Here are just some of these tools if you’re technically minded and fancy dipping your toe into the world of SDMX:

SDMX seems to be growing in popularity with many new organisations and institutions adopting the standard and some even operating wholly in SDMX. There is quite a bit of work being done in the community to develop geospatial tools for mapping of data and other tools such as plug-ins for Excel, and stand-alone converters and mappers.

However, there is still some stigma attached to the language from users and organisations alike due to the perceived complexity of the language itself and the difficulty in knowing the differences between the versions and flavours of SDMX that are on offer.

Jamey Hart has worked for the UK Data Service for almost a decade and was appointed as UKDS Technical Officer earlier this year. His role in the service is varied but he primarily processes economic and social datasets and investigates innovative and improved ways to access and disseminate these data.