#7favDatasets at the UK Data Service and beyond 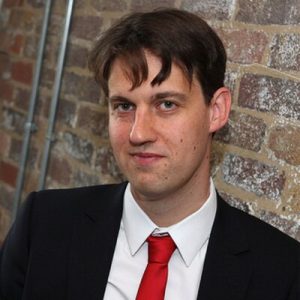 Laurence Horton is Data Librarian at the London School of Economics and Political Science and is responsible for Research Data Management support in the School.

Choosing a group of babies born one week in March 1958, this cohort study has returned to these and others born that week to collect data on families, employment, income, housing, health, education, skills, and life expectations. Genetic data was also collected in recent follow-ups.

NCDS is a rich source for research, policy making, and social history with data showing how childhood physical and emotional health impacts adult health, the value of qualifications and higher education to future income, how parental divorce reverberates through a child’s life, and how inequality restricts social mobility.

Covering the 14 UK general elections since 1964, BES data goes beyond who Britons vote for, into why, and what makes them vote (or not).

Pre-1974 data is held at ICPSR, but the UK Data Service has data from every general election since.

Thanks to BES we have insights into why class voting and party ID has weakened, why uniform swing no longer works in the UK, how campaigns have altered, and with it, how engagement with and interaction in politics has changed.

Next time a politician or newspaper claims to know what the British people think, compare it against the BSA to see if they do.

NatCen has conducted BSA as a large scale annual survey of what people think on a range of political, social, and moral issues.

Over thirty-three years, you have the portrait of a nation changing, yet changeless. For example, Britons consistently view extramarital sex as “wrong”; yet have shifted significantly in attitude towards acceptance of homosexual relationships as “not wrong at all”.

Understanding Society, and its predecessor the British Household Panel Survey, repeatedly interview the same individuals and households over time to trace social and economic changes in family, employment and finances, physical and mental health, participants expectations and aspirations, attitudes, and behaviours.

In an example of how harmonisation can enhance the value of a data set, Understanding Society data can under certain conditions now be linked to administrative data sources including health, employment, transport, and education records.

Also known as “The Edwardians”, this is an oral history collection of 453 interviews with Britons born before 1908.

Collected in the late 1960s and early 1970s from a range of occupational classes, regions, and locations these open ended interviews allowed participants to talk at length about family life, education, work, leisure, friendships, relationships, and communities.

The result is an exceptional set of testimonies – particularly from working class participants – of life in Britain and the Empire before the Great War.

Mothers Alone is as striking as any post-war British “kitchen sink realism” literary or artistic work.

Avoiding the constraints of a quantitative survey, it instead invited women in Huddersfield and Colchester to describe their specific experiences of poverty and single parenthood in mid-60s Britain.

This research (although its approach to informed consent would horrify a contemporary research ethics committee) into unmarried, widowed, separated, and divorced mothers stands as a literary work in style and feminist text in its revealing sketches of relationships, gender roles, social stigmas, bureaucracy, health, housing, and poverty.

The UK Data Service doesn’t just manage access to data held at the UK Data Archive, but also provides access to some data held elsewhere. Indeed, a large part of the service covers macrodata collected by international organisations via UKDS.Stat. Intergovernmental organisations produce data in a variety of different formats and platforms. UKDS.Stat converts all international data into the same format and delivers it to the user via a single platform, providing seamless and flexible access. This makes the data more discoverable and enables people to locate, combine and visualise data for their research and teaching.

Held at GESIS – Leibniz Institute for the Social Sciences, Eurobarometer is an example of a repeated cross-national survey project. Beginning in 1973 to measure public opinion towards the expanding European Community, the bi-annual standard Eurobarometer asks about attitudes towards European unification, EU institutions and policies, and measures general socio-political orientations.

The result is a data set comparable across countries and over time.

This is a personal list. These aren’t necessarily the “best” or the most used data sets, but in my experience are interesting in their scale, ambition, unique value, and richness of data. To me, they are national treasures capturing aspects of British identity and heritage.

There are a few thousand more data collections at the UK Data Service. They’re free to use, available digitally, and most have low barriers to access. Time to find your own favourites.